As a man | A couple too many 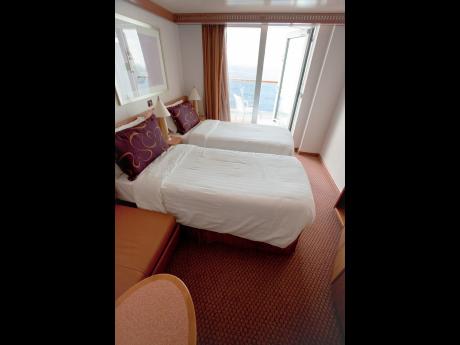 Those of us of a certain vintage, will remember a televised national family planning advertisement where a woman with quite a number of children in tow, and looking like another was 'in the oven', knocked on a door to ask for a handout.

It was opened by a woman who looked at the beggar, and, recognising her, exclaimed that she was the 'maths brains' from primary (or high) school.

The women with the children then recognised her and called her full name. The woman strategically raised her left hand to show the wedding band and said, "I am (whatever the last name was - I think it was Johnson) now."

On one side of the door, safely in the comfort of a home, was the picture-perfect nuclear family of man, woman, a boy and a girl. On the other side, looking woefully in, was a woman with more than two children and no man around, The message in words and image was, "Two is better then too many" (which Ninja Man then went on to use in Protection, his popular song with singer Courtney Melody).

Be that as it may, there are instances where two can be a dangerous number for a couple trying to stick together and make it through the ups and down of life.

1 Two cars. Sure, there were scheduling issues and gripes and discomfort when the family had only one vehicle. It was hard to cram the shopping bags and the school bags into the trunk and the two (or more) children jostling for space in the back seat. But the couple had to be together. With two cars, they are able to go in two different directions - literally. Not only that, but each is able to make that little side stop that the other will never know about until, as usual, the brown stuff hits the spinning blades.

2 Two beds in the bedroom. There are rooms which are big enough to hold two king-size beds, and there are rooms which are big enough to hold a king and a single, and variations of the two-bed combination. Whatever the mix, once there is an alternate sleeping space where the couple beds down together, it is much easier for them to start sleeping apart. Bob Marley sang about sharing the shelter of his single bed with a lady. That may be a bit small, but it means that the man and the woman have to (literally) keep in contact. The same idea applies to two houses, but on a bigger scale.

3 Two sets of friends. Individuals come into a relationship with their previous pals and, inevitably, there will be some overlap. For each to have a set of friends (or family) which the other does not interact with at all, is an unhealthy recipe for a relationship. When there are issues in the union, as will always happen, it is these separate sets of friends and family who will encourage drastic action. It is they who will say, "me woulden tek dat from no bway" (or "no gal").

These are the ones who lurk on the edges of relationships looking for cracks to widen so it can justify their unhappy existence. They will enthusiastically help to break up, but when the matter is complete, they will not be there to help carry the children to school one morning ("cause a no me tell dem fi go breed up").

When two become one (or close to it), having more than one of some things go a long way in making the one becomes two again.