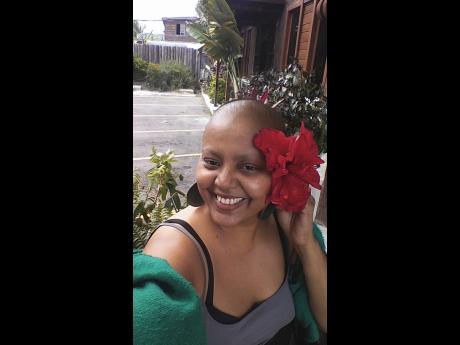 With a smile as bright as the red flower next to her face, Scarlette remains positive despite all that’s happening. 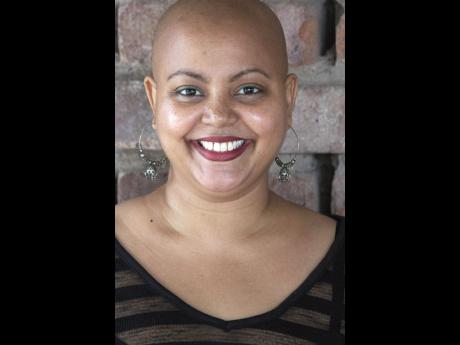 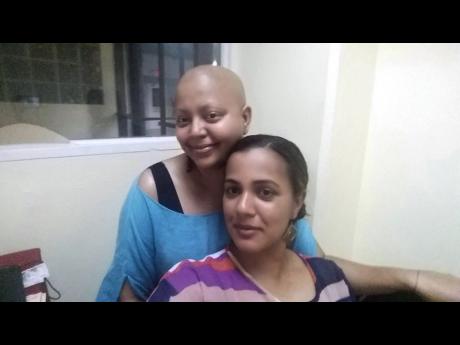 Contributed
Scarlette and her younger sister and caregiver, Laura Beharie.
1
2
3

Oftentimes the saying 'when life gives you lemons, make lemonade; margaritas; grab tequila and salt; cut them in half and have a ball,' is so much easier said than done.

This is especially hard when the diagnosis is stage four breast cancer.

Almost a year ago, Scarlette Beharie felt as though the ground had fallen from beneath her feet after discovering during a self exam a lump in one of her breasts.

"A stage four diagnosis means that the cancer is in what they call a metastatic state - it has spread from its primary site to other areas of my body," Beharie told Outlook. She continued, "In my case - to my liver and lungs and on my ribs. I was terrified. My life as I knew it had ended abruptly, and my future - immediate and long-term - is uncertain."

One can only imagine what happens to an individual after hearing such news, but having a strong support system like the one Behaire is blessed with aids tremendously.

For Behaire, having the support of family and friends has certainly made the last 11 months a bit easier. This is also evident on her Instagram feed, where the PR /production consultant often shares.

"I am very happy to have an extensive network of supporters who are always ready to assist in any way possible." According to her, she has an army. "I tell people all the time, I have an army, who is always up for whatever the task is, from supermarket and market and pharmacy runs, to fundraising for the bills that do not stop coming, to holding my hands on the worse days."

"Sometimes I think my illness is almost harder on them than me. I have had to accept, face and deal with it - they are watching me do this without being able to stop, change or alter my situation, it is a difficult position for people who love you to be in, to want to make it better for you but is helpless to do so."

As a result of her illness, Behaire has had to make major adjustments in her life. From the constant emotional and mental struggle, to physical issues while trying to remain positive and trusting her well-being in the hands of others, (albeit medical professionals but) largely strangers. Behaire has also lost her independence and can no longer live on her own and must rely on family and friends for support and has to cut back drastically on her professional output.

The one-time workaholic also shared when asked about the voluptuous locks she had a year ago: "Losing my hair, especially the hair on my head, wasn't a big deal for me. I actually shaved my head in prep for the treatment because I would find the literal act of it falling out of my head more traumatic. Me losing my hair was harder on people around me who were use to me looking a particular way and didn't like the drastic change."

What disturbed her a little, however, was losing her lashes and eyebrows. "It made me look like a fish," said Behaire while bursting into laughter.

Today, Behaire isn't yet cancer free, despite having gone through eight months and three different types of chemotherapy, and she will begin radiation therapy with the hope of a more positive response. Moreover, she is still committed to working with her doctors and the support system to assist her body as best as they can to maintain a decent quality of life.

In such a situation, it is important for one to stay positive; as sour as things may seem, now is the time to add some sugar. This has helped in Behaire having an 'I can beat this' attitude, one that doesn't make it immediately evident to someone who meets her what she's going through.

"On very low days, when the morphine isn't working, my limbs are too weak to support me and I need help to do every little thing and the situation threatens to overwhelm me, I remind myself that I am not unique, millions of women have gone through this and worse, and survived. There is no reason I shouldn't, too."

For Behaire, the first step was to accept what was happening.

"A big part of dealing with my disease is accepting that my future is now more uncertain than most people's, but I am by nature a planner, and cancer isn't changing who I am. But now all my plans are for the professional and personal goals that are the most important. Being sick has put a lot of things in perspective for me, giving me blinders almost, to focus on the things that are more achievable and putting aside others that won't be."

How does one make lemonade from these lemons? Behaire advised: "It is okay to be devastated, it is okay to cry and panic. It does not make you weak, it makes you human. In time, you will realise that you have to pull yourself together for yourself, and you will do it. Don't keep it to yourself. This isn't the time to be an island. Accept support when it's offered to you and don't be afraid of asking for it when it's needed, and don't wait to get better to live your life."