'I Do' - Governor General's son embarks on happily ever after 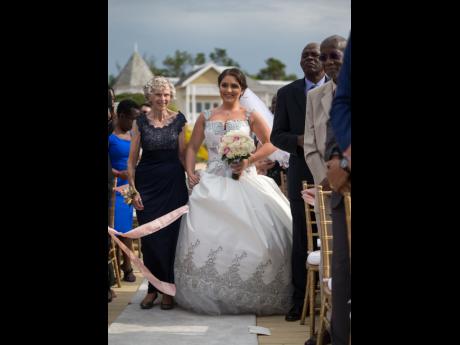 Evelyn Muir escorts the beautiful bride up the aisle to her anxious groom.- Contributed 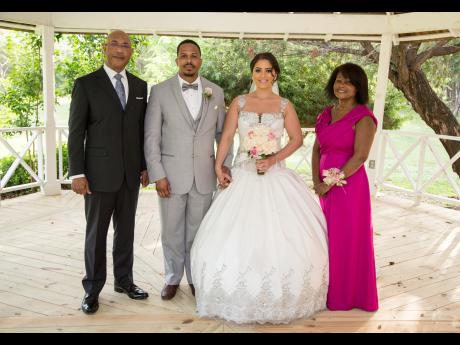 The happy couple (centre) flanked by the groom’s parents Sir Patrick and his wife Lady Allen.-Contributed 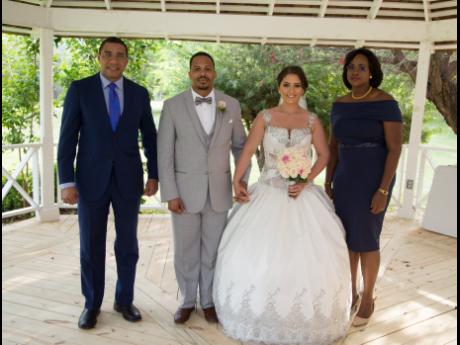 The newlyweds (centre) with the Prime Minister Andrew Holness and his wife, Juliet.-Contributed 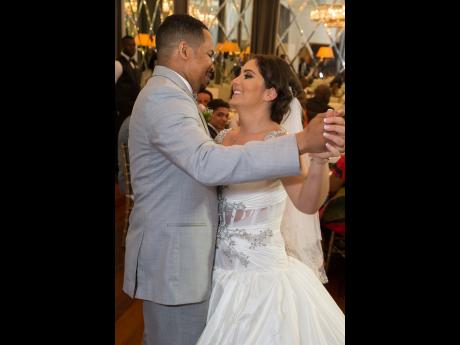 The newlyweds enjoying their first dance as husband and wife. Contributed 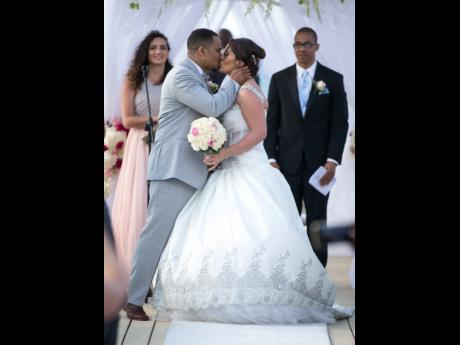 The happy couple sealing the deal with a kiss. -Contributed 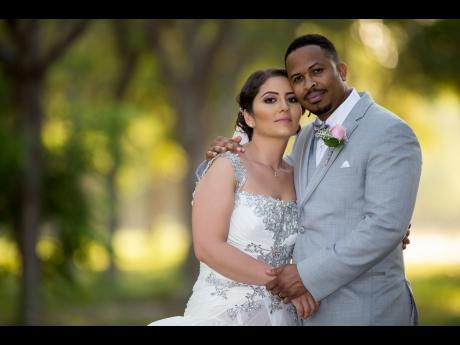 The two met while attending law school in the United States. -Contributed
1
2
3
4
5
6

Attorneys-at-law, Kurt Allen and Reem Sabbagh were all set to say their wedding vows at King's House where the groom's parents just happen to reside.

However, during a meeting at the historic site with senior executives of Melia Jamaica Braco Village Jamaica, to discuss catering arrangements, it was suggested that the couple visit the Trelawny property before making up their minds on the venue.

And, according to Kurt, son of Governor General Sir Patrick and Lady Allen, they had only made it to the fountain on the property when they decided that the picturesque slice of paradise would be the venue for their nuptials.

Happily, their wedding date coincided with the official opening of Romance, the new wedding lounge at the property, featured in this week's Hospitality Jamaica magazine.

"It was magical," said Reem, Kurt's Lebanese bride, who was making her third trip to the island. The couple who met in law school in the United States, said they had to be married in Jamaica because "it feels like kismet".

Thereafter, plans began in earnest with Director of Sales and Marketing Angella Bennett and her sales manager, Nersibelis Rodriques Burrows, leading the way. The result was sheer magic.

The couple said their vows in the beach gazebo along the boardwalk and the reception was held on two floors of the property's 876 Prime Restaurant.

With some 40 wedding guests from overseas rounding out the 150 guest list, among those in attendance for the April 10 ceremony were: Prime Minister Andrew Holness and his wife Juliet; former Prime Minister Bruce Golding, his wife, Lorna; Fosrich boss Cecil Foster and his wife and daughter; the groom's aunt Juanita Swaby and her husband Leopold; and the groom's sister Candace and brother David Allen.

Musical selections for the wedding came from Commander John McFarlane,

Asked what attracted him to Reem, Kurt told Outlook, "She mirrors the level of discipline that I grew up with, and although I did not know at the time we met that I would fall in love with her, I admired the fact that her parents who were immigrants to America, emphasised the same kind of discipline that mine did."

Revealing that he adores her parents, Kurt said that behind every good man is a great woman, and he was blessed to have his dream come true in a beautiful and amazing place. The moment was indeed special as he teared up when he saw his bride making her way up the isle towards him in her beautiful sleeveless gown. With its jewelled bodice and tulip-like hemline.

Reem concurred, "It is beyond every expectation I ever had for my wedding," she said

They were surrounded by family and friends from overseas and Jamaica at both the pre-wedding reception inside Romance on Saturday night and at the ceremony the following day.

The General Manager congratulated the couple and expressed pleasure that they had chosen a place which blended class with ingenuity. He said it would be great for prospective brides who could relax knowing everything would be taken care of.

During an open mic session, several friends and relatives gave revealing details about the couple in glowing tributes. The couple also presented gifts to the members of their bridal party.