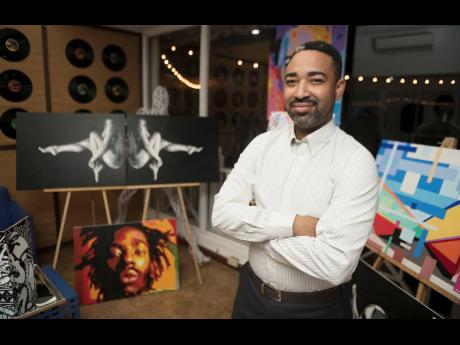 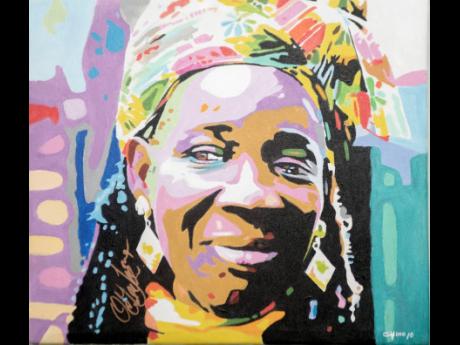 A portrait of Rita Marley. 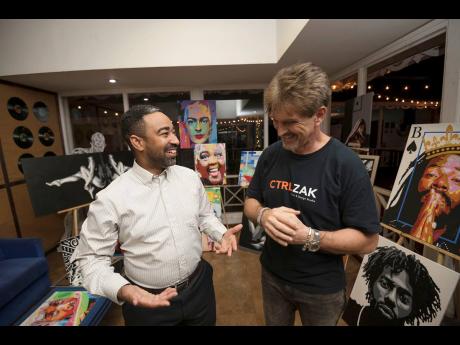 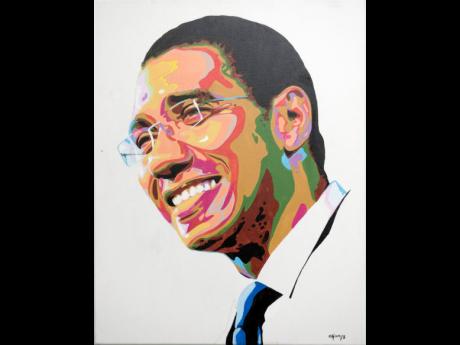 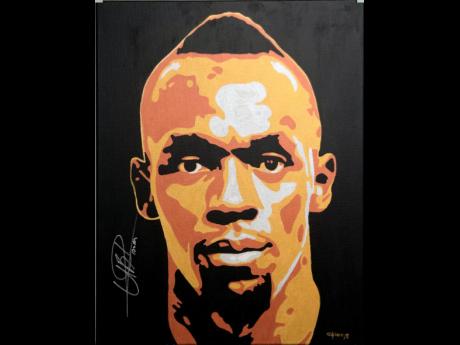 A Painted portrait of Usain Bolt by Christopher McKenzie, 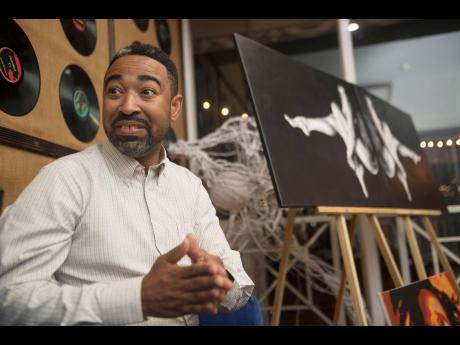 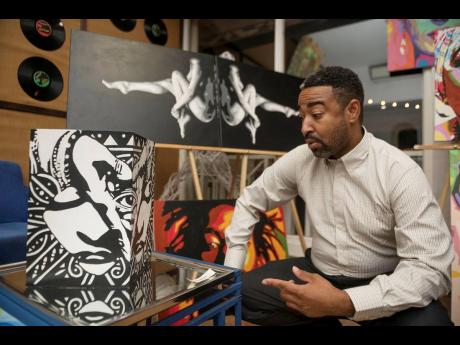 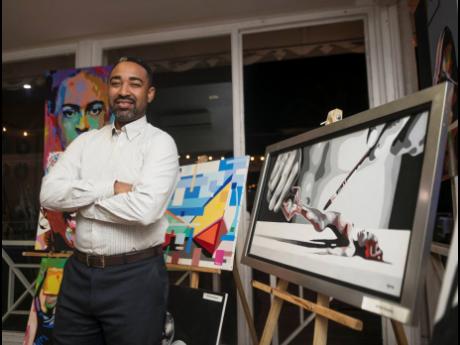 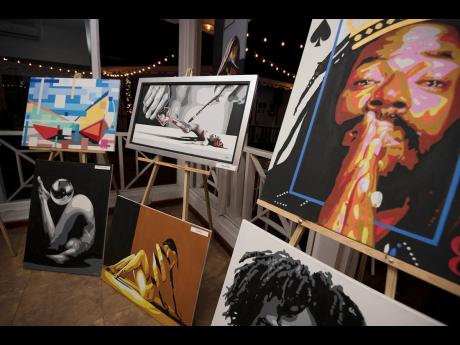 It took a near-death experience and the love of his son for Christopher McKenzie to end his 15-year hiatus from the art community. His brilliant interpretations of life, paired with eclectic designs, have made his paintings a topical and somewhat controversial sight to behold.

With the incorporation of paint and random selections of everyday items, McKenzie’s work connects with all the senses which leaves a euphoric appreciation for abstract art.

His journey as an artist is filled with twists and turns, created by self-inflicted doubts, outward resistance, negativity, and finally believing in himself and yielding to his calling. From as early as kindergarten, he was told that he was too slow to learn and needed to be transferred to a special school.

“I will never forget when the teacher said that I needed to be sent to a special school because I was not learning as quickly as the other students. All I did was draw,” said McKenzie. This decision was overturned when another teacher observed his talent and decided to take an artistic approach to learning with him, which allowed him to excel as a student. The boost in encouragement that he received from his parents and teachers allowed him to immerse himself in the development of his craft.

“At one point in high school, I was really into the sciences. I put down art because I really thought I had a future in this,” he explained. However, this enthusiasm for the sciences did not transcribe on paper, and he was failing miserably.

“My father pulled me out of the sciences and re-registered me for art without me even knowing. I was so shocked and upset, but I am grateful that he did,” he continued.

McKenzie owes his current success to the love of his parents and the belief they had in him during his early days as a young artist.

“When I was advised to try painting, my father went to the art store and bought a very expensive paint set and a canvas for me to get started. Tears ran down my face and I told him that he did not need to spend that much money on me, but he did.”

His artwork landed him a scholarship at Edna Manley College of the Visual and Performing Arts, which drastically changed his outlook on the arts.

“At the time, the school did not encourage individualism. They tried to strip me of my own way of expressing myself through art, so I could do it their way,” he said, as he explained the difficulties he experienced at the college. Ultimately, due to unfortunate circumstances and the stress of dealing with professors, who could not accept his work for what it was, he decided to drop out of Edna Manley College in his final year. Shortly after, his number-one blessing, his son, came into the world and changed his life forever. Art became a thing of the past and he became someone who had to work a ‘nine-to-five’ job to provide for his family.

After a freak accident which nearly left him paralysed, McKenzie was on the cusp of giving up in life.

“That was a very dark place for me,” he said, as he explained his days engulfed in depression. One day after coming from the hospital and visiting his parents’ house, his son, who was gazing at the vast paintings adorning the walls of the family home, asked McKenzie why he stopped painting.

“It wasn’t until that moment that I thought about art again. When you have a regular nine-to-five, all you do is work. You are so exhausted from the work that you end up falling asleep so you can have enough energy to go to work again,” he explained.

All of this changed when McKenzie decided to relearn everything and placed his brush to a canvas for the first time in 15 years.

“It instantly became something I needed to do everyday. The second I come in from work I need to paint. On average, because I have to work I will complete maybe one painting a month, which is far less than what I use to do 15 years ago,” he said.

With a renewed spirit, McKenzie has created a plethora of pieces which were first debuted at the Reggae Mill, inside Devon House, two years ago. Reggae Mill has created a space for up and coming artistes to portray their work for viewing free of charge.

“I was very nervous at first, but people seem to love my pieces and I am really grateful for it,” said McKenzie.