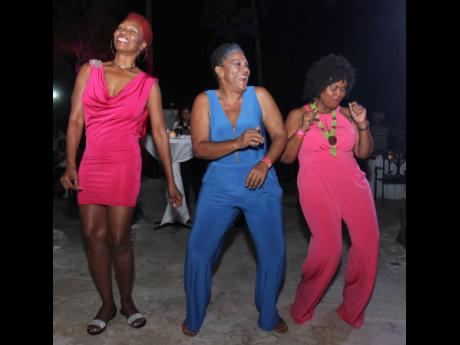 Ashley Anguin
From left - Millicent Lynch, Kathi Marie Cooke and Dollis Campbell having a whale of a time at the Jamaica International Exhibition (JIE) final night party sponsored by the Hilton Rose Hall Resort and Spa. 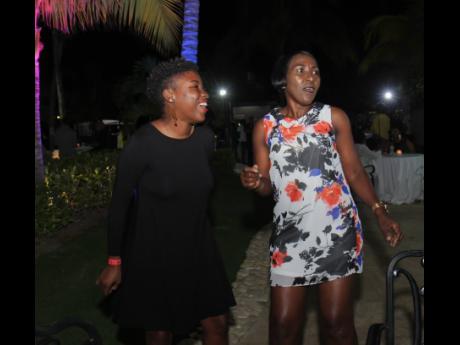 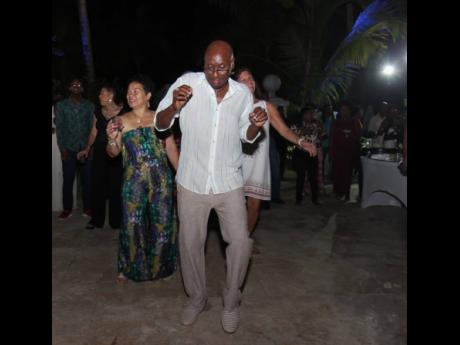 Ashley Anguin
Entertainment Manager at the Hilton Rose Hall showing his prowess on the dancefloor. 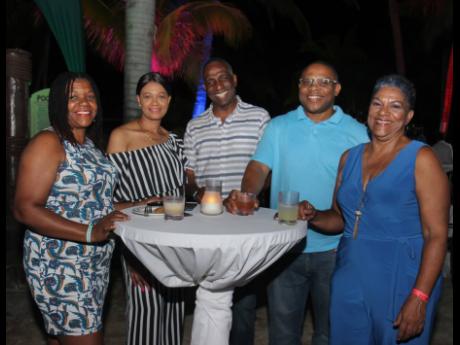 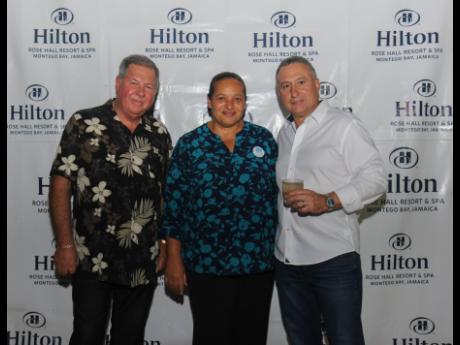 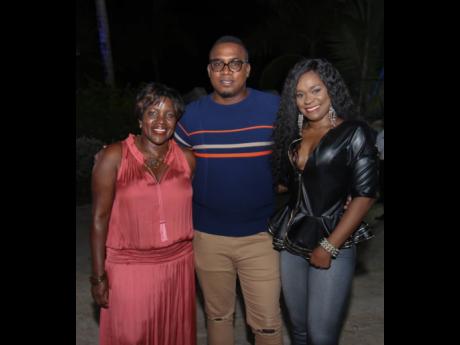 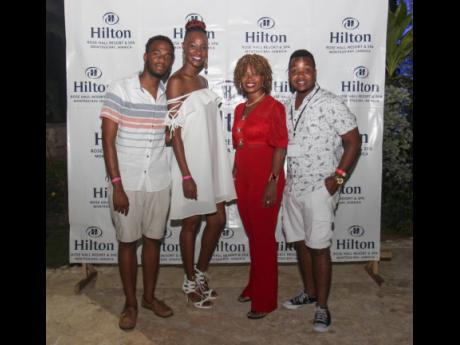 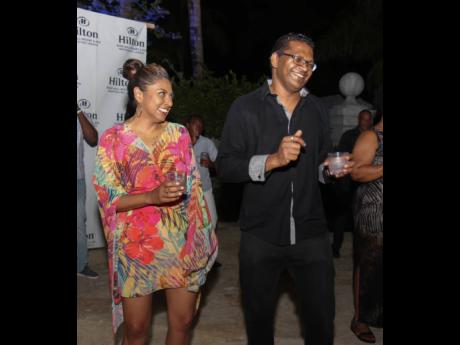 Ashley Anguin
Nicole and Richard Pandohie of Seprod Limited enjoying every minute of the JIE final night party at the Hilton Rose Hall. 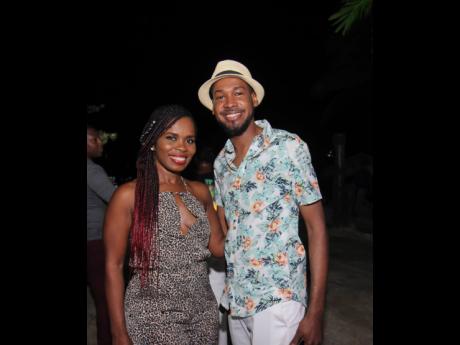 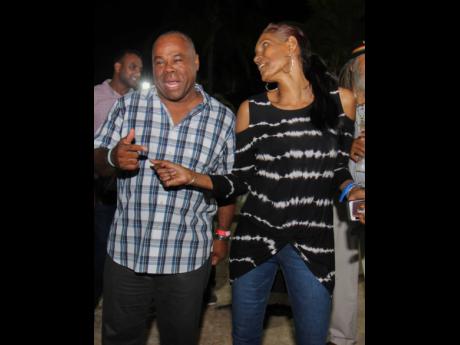 It would appear as though the revellers who attended the Jamaica International Exhibition’s (JIE) celebratory party last Friday night were held captive by some form of electromagnet, as they were highly reluctant to leave the venue, even after the soirée ended.

The hosts, Hilton Rose Hall Resort and Spa, rolled out the red carpet and showered the Jamaica Manufacturers and Exporters’ Association (JMEA) guests with a plethora of culinary delicacies, including scrumptious chicken and fruit kebabs, beef tenderloin, shrimp, an awesome pumpkin soup and pork, and numerous confectionaries.

As they rocked, danced, and twirled to the music of the Pace Band, they appeared totally oblivious that all good things, including that party, must come to an end. The north coast party band did not disappoint, delivering at a pace that many batsmen could not compete at.

Complemented by renowned DJ Pinchaz, who was in fine form, the close to 200 guests who turned out were literally slaves to the scintillating selections as he upped the ante for the group, which included heads of some of Jamaica’s largest manufacturers and financial institutions, state departments and agencies.

The outdoor setting was perfect, nestled between the resort’s lazy river and the pristine white-sand beach; it provided the ideal ambience for frolicking.

The place was awash with J. Wray & Nephew rums and red and white wines, courtesy of Caribbean Producers Jamaica (CPJ). For the lovers of beer, every flavour of Red Stripe was available, while 876 Blue Mountain Spring Water was the temperature cooler, replenishing the soul, amid all the dancing.

JIE 2019 final-night party was indeed a bash to remember.