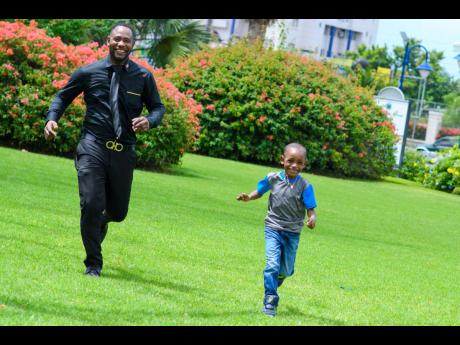 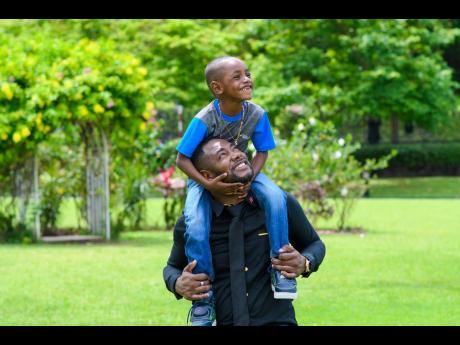 Contributed Photo
Dajorn Cammock and his son are out to play. 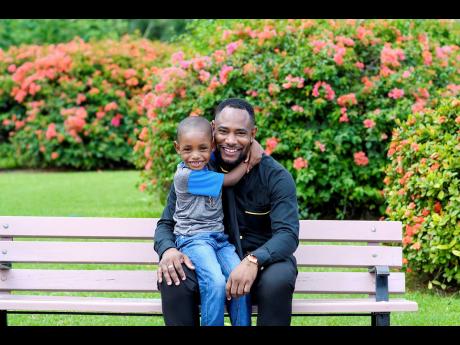 There aren’t enough words that can adequately describe what fatherhood means to Dajorn Commock. Happiness was one word that came to mind as he sought to describe the feeling of being a dad. Still, the 33-year-old father of six doesn’t believe ‘happiness’ is enough.

Commock, a prominent mixologist who currently works at 100 Hope Road, explained to Outlook that the life-changing experience adds value to a man’s life. He asserts that the “beautiful, lifelong journey” has been phenomenal, but concedes there are challenging moments that try to hinder him from executing his fatherly duties.

“I was excited about becoming a father when I found out I was having a child. But, at the same time, I was scared and overwhelmed because I knew my life would change forever,” the hard-working father expressed.

Preparing to take on the new course was not an easy feat for young Commock. However, he bravely read as much as he could and sought advice from other father figures, especially his stepfather, to wholly equip himself with enough knowledge. However, nothing could have prepared him sufficiently for fatherhood. The responsibilities he has assumed along with the title, ‘father’, often catches him off track.

“The new expectations that I have to live up to was shocking for me as a new dad. But it got better as time went by, and with each time” he said.

He confesses that his career does not help either. It’s demanding requirements have proven to limit the amount of time he has to spend with his children. He laments that because of his profession, all his children aren’t able to live with him. Nonetheless, he makes the most of the time he gets to be with them.

“My dad died when I was two years old, but I learned a lot from my stepdad. He taught me to always stand up to my responsibilities. This has been so influential to me. And if I don’t get to teach my children anything, I am determined to pass on this lesson,” he said.

Commock wants all his children to capture a few of his characteristics. His kind heart, dedication, confidence, commitment, positive attitude and creativity are just a few of the features he’s hoping they will copy.

And he’s grateful for their mothers, too.

“I am thankful for their mothers, mainly for my children’s upbringing and for understanding the limitations and time consuming nature of my job. I’m just grateful that they have brought my beautiful children in this world.”