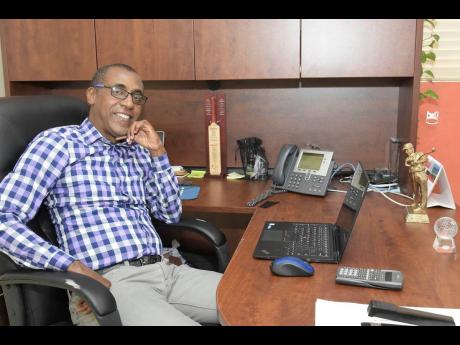 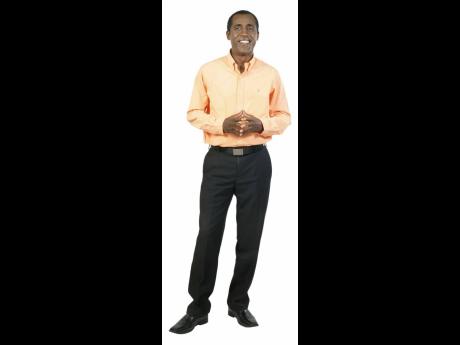 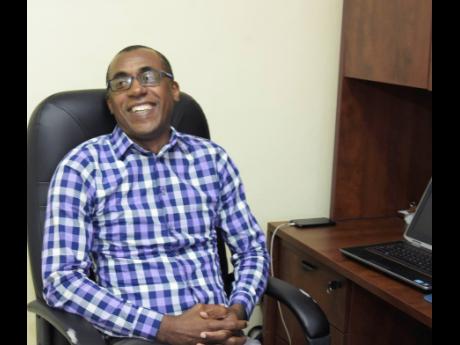 The adage, ‘To whom much is given, much is required’, serves as a guiding principle for Patrick Ellis, Jamaica Money Market Bank (JMMB)Group’s chief financial officer (CFO). He oversees and executes the strategic and financial operations across the financial conglomerate’s regional operations. He credits his humble beginnings in Port Morant, St Thomas, and later Maxfield Park Avenue, for shaping the person he is today.

The last child of a clerical worker (mother) and a farmer, Ellis shares that he was always academically inclined; and so it was not surprising that he was a staple on his school’s honour roll. With such a stellar academic track record, it came as a shocker that he was placed at Tivoli Gardens High School, instead of the high school of his choice, Jamaica College, after being successful in the then Common Entrance Examination. Not being deterred by the stigma associated with the school, Ellis embraced his school environment. He now hails the school for building his character and unearthing his passion for youth empowerment through education. Ellis revealed that having experienced at first hand what can be achieved by a solid education and stellar educators, he, too, wants to pay it forward to other young persons, especially those from disadvantaged circumstances.

As he prepared to transition after high school, he faced yet another disappointment when his childhood dream of being a doctor was dashed by the reality of the expenses associated with attending medical school, even after pursuing and excelling in the science subjects. However, being the go-getter he was, Ellis enrolled himself in a HEART Trust/NTA programme in a business-related area, having done only a few business subjects in high school, as a backup plan. Little did he know at the time that this would become his entry into the ‘world of figures.’

As part of the HEART Trust/NTA programme, he was placed at the then Coopers and Lybrand, an accounting firm, which later merged with PricewaterhouseCoopers (PwC). It was there that Ellis discovered that he had an aptitude for accounting, and his career trajectory was set in motion. Having started as an intern, he climbed the ranks while acquiring the requisite certification, through part-time studies, to bolster his career path, which includes being afellow of the Chartered Association of Certified Accountants (UK); a fellow of the Institute of Chartered Accountants of Jamaica; as well as a certified public accountant; and, later, a master of business administration in Finance, from Manchester Business School, with partial financial support from PwC. At the time of his departure from PwC, to join the JMMB Group team as chief financial officer, in 2008, he was a director in the audit assurance and advisory department at PricewaterhouseCoopers (PwC). Over two decades later, in the profession, he admits, “I have no regrets about becoming an accountant, medicine is now a distant memory. I chose it (accounting) as an option, and I later fell in love with it, and still love it.”

He shared that his accidental path to accounting, and subsequent career growth and personal development, was made smoother because of the guidance he received along the way, from seasoned professionals at PwC.

“The partners within the organisation provided a lot of oversight and mentorship and helped to shape my career path, names like Lloyd Gooden, Dennis Brown, and Leighton McKnight, among a few others, were persons who were instrumental in helping me to navigate my early career,” revealed the now-seasoned accountant. Against this background, Ellis takes a keen interest in team members, who are young in the profession, lending guidance and a listening ear, so that they, too, can chart a career to success in the ‘world of figures’.

Although admitting that he would love to serve more, especially in the area of teaching and giving back to his alma mater; he remains committed to impacting the lives of young persons around him, in his own quiet way. He has been a member of the Kiwanis Club of North St Andrew for approximately 15 years, serving as treasurer, member of the fundraising committee and membership. Ellis has also been a mentor in the UWI, Mona, Mentorship programme for several years, and prides himself in still keeping in touch with a few former mentees.

“With limited time now to be as active in structured voluntary organisations, like Kiwanis, I take the opportunity to invest in the lives of a few individuals, who I may encounter in varying circumstances and I know that they could benefit from having someone in their corner, or to just provide financial support, so that they can unearth their greatness and chart their own path to success.”

Ellis confesses that his real passion, outside of accounting, is teaching and mentoring young persons.

“I think this is because I had some really good educators like Samuel Walker, Earl Lewis, and Marion Blake, who had a genuine interest in their students and they really impacted me.”

With this in mind, Ellis has made a commitment to finding ways to give back to Tivoli Gardens in a much bigger way. This is his way of paying it forward, and allowing the current students to experience the true spirit of the school and remind them of the excellence that the school can produce, in spite of being an inner-city school with resource constraints.

“My motivation as someone who has benefitted so much from the investment of others in me, is to impact young people, (by helping them to) realise that I was where they were too, and (letting them know) that it is possible to overcome the challenges of poverty, and other unfavourable circumstances associated with the stigma of living in an inner-city community and coming from humble beginnings.”

Adding, “I believe that it is powerful when you can get a chance to shape (young) minds, by giving them exposure and a chance to see the possibilities.”

The father of two, shares some advice for young persons, especially those from humble beginnings, having walked in their shoes, saying, “Don’t limit yourself …instead be patient and stick to your goals. Sometimes you have to take small steps to get where you want to be.”