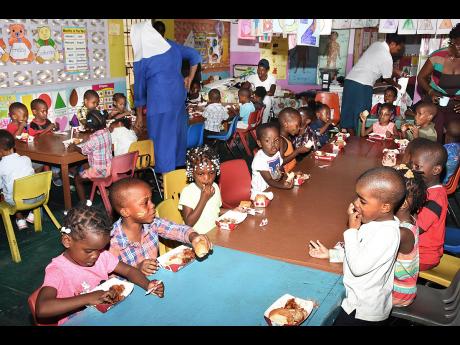 Contributed
The children at the SAJ’s adopted school were treated to an end-of-term party. 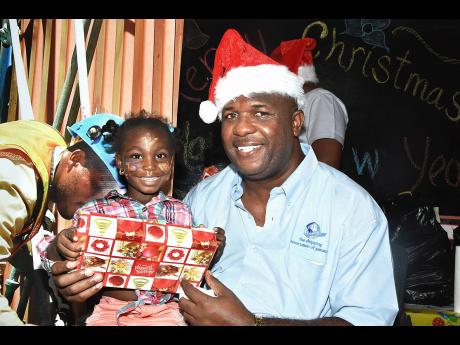 Contributed
SAJ stevedore Allan King is as happy to give as this youngster is to receive her Christmas present. 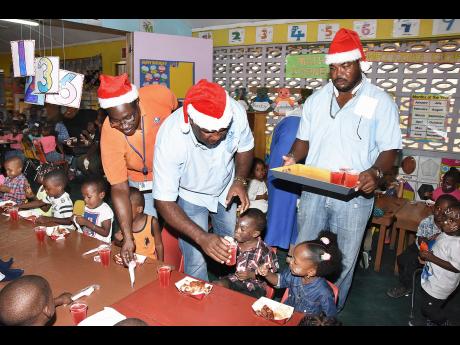 Contributed
SAJ volunteers William Raby, Allan King, and Robert Michelin ensure that every one of their charges gets a tummy full. 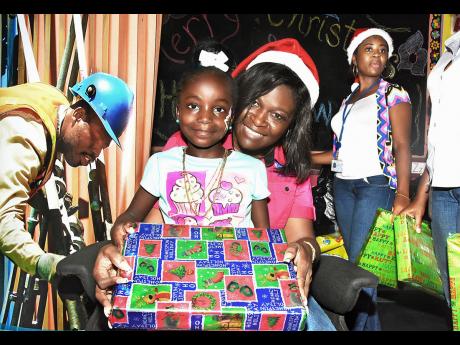 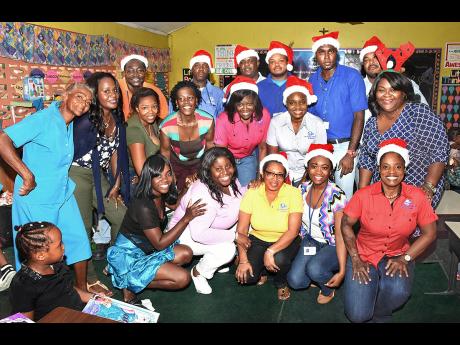 In a time-honoured tradition, stevedores and administrative staff at the Shipping Association of Jamaica (SAJ) gave of their time to spend a day with the young students of their adopted school in Greenwich Town over the holiday season.

The eager children were allowed to enjoy themselves thoroughly on the final day of school, courtesy of the bounce-about provided by the SAJ. They were treated to meals, complete with ice cream and cake, which was served by the volunteers. To top it off, each student received a Christmas gift from the SAJ.

The school, formally known as the Marcus Garvey Early Childhood Institution, offers a solid academic foundation for children from the communities surrounding the SAJ head office. This basic school, which is run by the Holy Name of Jesus Catholic Church, has been the primary focus of the charitable efforts of the SAJ for several years as it grew into the exemplary institution it is today.

The port workers and staff of the secretariat of the SAJ fund a feeding programme for the students out of their own pockets. The association also pays teacher salaries, in addition to periodic capital costs for the school.

The academic performance of students at the institution has improved over the years, with the school earning accolades from the Ministry of Education, including an award for major improvements in its academic standards. Marcus Garvey was also listed as the leading basic school in its zone.