Emancipation Park Statue gets a facelift 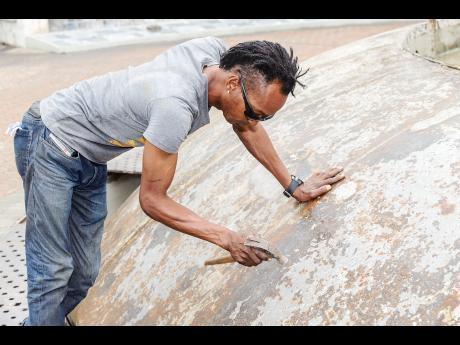 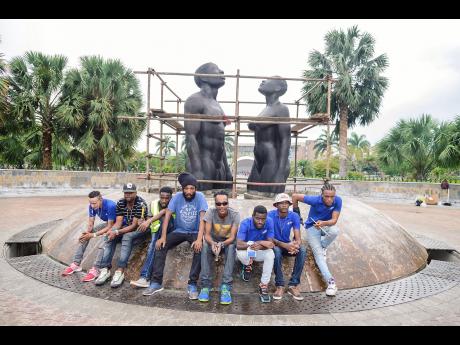 Contributed
Neville Authers (fourth right) and his team take a break from working on the restoration of the "Redemption Song" statue at Emancipation Park.
1
2

On Emancipation Day, visitors to Emancipation Park could not have missed the almost new look of the 'Redemption Song' statue and fountain.

In fact, the work to restore both was finished well before August 1 by a team lead by Neville Authers.

Authers, who previously painted buildings, walls and grills, was introduced to art restoration in 2007 and has not looked back since.

He had, in fact, gone to the Holy Trinity Cathedral seeking employment as a painter, when he met Reverend Kenneth Richards, archbishop of Kingston. The archbishop told him about work being undertaken to restore a mural at the Cathedral under the leadership of renowned Professor Antonio Sanchez Barriega of Spain, and asked him to select a team to work with the professor.

That, Authers said, was the beginning of an entire new profession for him, with a team of 40. He explained: "I learnt restoration and modern art, too, and after Holy Trinity, I restored 44 monuments at Spanish Town Cathedral."

He has also done substantial work at several local corporations restoring paintings and brass stancions. He is particularly proud of the work done in restoring the base of the Redemption Song statue.

His company, Authers Restoration, is three years old and employs eight persons. He said they are "registered and compliant and number one in the art restoration sector."

Now, the young man who admits "people have always written me off," says "I have found my vocation. I cannot imagine doing anything else. Thank you, Archbishop Richards".