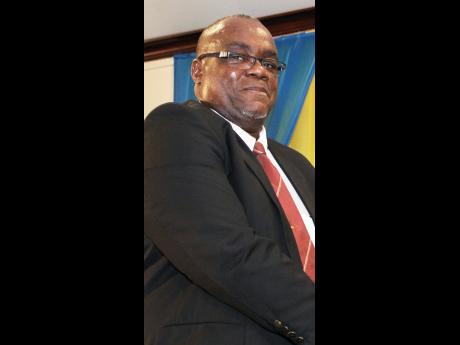 The 38th renewal of the Jamaica Independent Schools' Association (JISA)/Seprod National Preparatory School Championships will run off today at the National Stadium in Kingston, beginning at 8:30 a.m.

Action is set to run until 6 p.m. each day at the three-day championship, which will also begin at 8:30 tomorrow morning, but at 10:30 a.m. on Saturday.

The JISA Prep School Championships started in 1977, with Vaz Prep winning the inaugural edition. The championship in 1977 was the brainchild of Mrs Phyllis Webster, who was the principal of Morris Knibb Prep at the time. She was also president of JISA.

Back then, the meet did not include track, but novelty events such as the three-legged race, the sack race, lime-and-spoon race and bun-eating contest. So it was more of a sports day back then.

The first 'real' Prep Champs had about 11 schools taking part and it has grown into a massive meet now.

Last year, there were 55 schools with about 1,800 athletes participating. This year, 57 schools are set to compete, with more than 1,800 athletes expected to grace the National Stadium with their presence.

There will also be Invitational races for Special Olympics boys and girls, primary school boys and girls and private high schools, as well as novelty races for mothers and fathers.

Chairman of JISA, Wayne Robinson, confirmed that they have 28 sponsors for this year's Prep Champs and remarked that they also have event sponsors. The sponsors will lend their support not only in cash, but in kind.

"We start to plan for the next Prep Champs as soon as the current one is over, and coupled with support from the national association, support from our coaches, experienced track and field officials and administrators and all of that coming together forms a quality product," Robinson underlined, noting that medical personnel will be on hand throughout the championships.

"At Champs, we are supported fully by Sure Time Medical and Sure Time Medical provides the medical services and all the ambulance services. We are also supported by sports medicine and they provide support for us every year through the Sports Medicine Association," Robinson concluded.

Some of the athletes who have evolved from this track and field meet and are now doing very well on the international stage are World and Olympic champion at 400m Sanya Richards-Ross, who represented Vaz Prep and is now representing the United States; shot put thrower O'Dayne Richards; Jaheel Hyde, who also represented Vaz Prep and now attends Wolmer's Boys'; and Akeem Bloomfield, who now attends Kingston College.