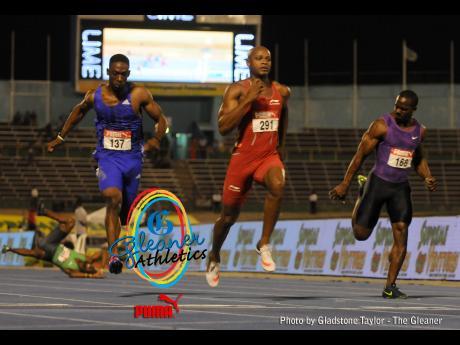 National 100m champion and former world record holder Asafa Powell says he is saddened by the struggles of Yohan Blake but believes Usain Bolt will be back to his best at the World Championships, as he admitted concern over his compatriots’ form coming into the Jamaica Athletics Administrative Association (JAAA)/Supreme Ventures National Senior Championships.

Powell has easily been Jamaica’s best sprinter this season, posting sub-10 seconds times of 9.84 and 9.98 in an unbeaten run to Friday night’s national title win, which also came with a time of 9.84 – the third fastest time in the world this year.

Second place finisher Nickel Ashmeade joined Powell to become only the second Jamaican with a time among the top 20 in the world, stopping the clock in 9.91 ahead of Kemar Bailey-Cole, 9.97 in third.

Blake, running in his third 100m since last Summer after suffering injury for the second straight year, failed to make the final while Usain Bolt, who has had a sluggish start to the season so far, was not entered to compete.

Bolt has an automatic qualification spot to the World Championships in the 100m and 200m as defending world champion in the events.

“Funny enough I just told the two guys [Ashmeade and Bailey-Cole] that I was worried [about the form of Jamaican sprinters] before and I’m very happy that they came out here and ran sub-10 seconds. Usain [Bolt] has a way to go but I think he can come back for the World Championships,” Powell said.

“Its sad what’s happening to Yohan Blake I feel really sorry for him but he just needs to take his time. Next year is the Olympic Games so he just need to focus on that but we [Jamaicans] still have it, we have been on top of the world for a number of years now and we will continue that trend,” Powell added.

Powell was winning his sixth national title in the 100m and his first since 2011.