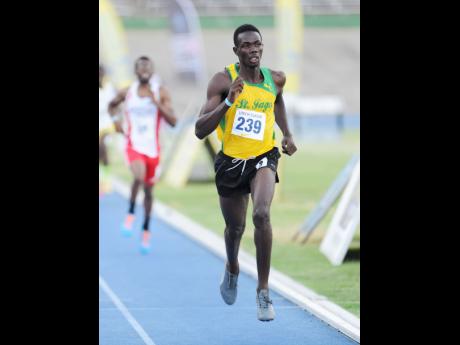 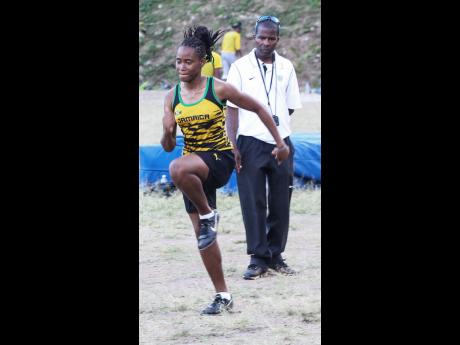 JAMAICA'S 200-metre sprinters will hope to do better than their 100m counterparts on the penultimate day of action at the 9th International Association of Athletics Federations (IAAF) World Youth Championships at the Pascual Guerrero Stadium, here.

Shellece Clark and Shaneil English in the girls' 200m, and Xavior Angus in the boys' event, are all through to the semi-finals scheduled for later today following impressive showings in their opening heats yesterday.

Clark, who lines up in lane two of semi-final one, advanced from heat three yesterday.

Running from lane eight, Clark led for the first half before easing up in the stretch to finish third in 24.63 seconds behind Italy's Alessia Pavese in a season's best 24.02 and Bahamas' Brianne Bethel in 24.32.

On the boys' side, Angus struggled for a second place spot in heat two, clocking 21.26 seconds behind Great Britain's Toby Harries in 21.12. He competes in lane three of semi-final two at 5: 45p.m.

The other Jamaican, Michael Bentley, failed to advance from heat four, after he finished third in 21.91 seconds behind the United States' Josephus Lyles in 21.09 and China's Yang Chu 21.62.

Meanwhile, Alex Robinson, who was leading semi-final two of the boys' 110m hurdles yesterday, lost his rhythm after hitting several of the obstacles and eventually finished last in a time of 14.43 seconds in the heat won by the USA's Isaiah Lucas in 13.50 seconds.

History to be made

Today, Leon Clarke has a chance to make history when he competes for a shot at a medal in the boys' 800m, which will wrap up the evening's competition at 8 p.m.

Clarke posted a personal-best 1:50.70 in advancing from the semi-finals on Thursday. He will be forced to contend with Kenyans Willy Kiploma Tarbei and Kipyegon Bett who have personal bests of 1:44.51 and 1:44.55 respectively.

Junelle Bromfield is also in with a shot of a medal as she lines up in the final of the girls' 400m hurdles, running from lane seven at 6:55 p.m. Jauavney James competes in the boys' final 20 minutes later, running from lane eight.

The 4x400m heats will be run today at 11:45 a.m. with Jamaica down for action in lane two of heat three with the Bahamas, Ecuador, Japan, South Africa, Spain, and St Kitts and Nevis.

The long jump girl's first round will see Jamaican Tissanna Hickling lining up in Group A at 11:50 p.m.