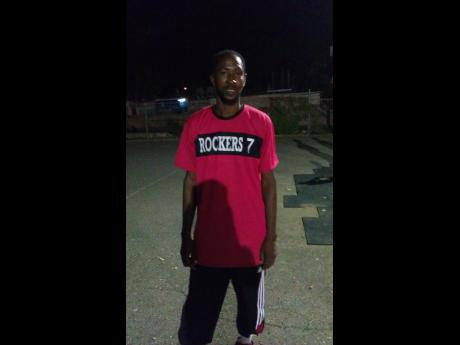 Led by a game-high 25 points and 10 rebounds from Kwame Lawrence, the finals' most valuable player, Arnett Gardens Rockers overcame a determined effort from Upper Room Church to win game three of their WorldNet/Southern Basketball Conference (SBC) league championship finals 82-71 at the Anthony Spaulding Sports Complex on Sunday. The Rockers swept the best-of-five 3-0 and claimed their second successive SBC league title.

Needing to win to keep the series alive, Upper Room started well and raced into a 11-3 lead before ending the quarter ahead 28-17. Arnett were having problems stemming Upper Room's attacks, with Jermaine Brown (20 points) and Dwayne Pottinger (17 points and 14 rebounds) proving very difficult to contain.

However, the introduction of Fernando Young increased the intensity in Arnett's defence, and they were able to win the second quarter 21-16 as Upper Room led 44-38 at half-time.

With Upper Room now within reach, the home team was expected to overtake their opponents in the third period, but the visitors continued to prove stubborn, and despite losing the quarter 17-11, they went into the final period tied up at 55-55.

The effort it took to keep the hosts at bay eventually took its toll, and in the final quarter, Arnett ran riot as Lawrence, Vivian Spence (16 points and seven rebounds), John Brandt Jr (15 points), Arnell Campbell (12 points and 11 rebounds), Delano Mallett (10 points), and Young (12 rebounds) toyed with their opponents before romping to a nine-point victory.

Arnett's player-coach, Mallet, was very pleased to have ended the series at three games and in front of their home fans.

"Last year, it was rougher than this one because we had to play hard at Waterhouse to win, so to win in front of our home fans is a great feeling," he said.

Arnett pocketed the $100,000 winners' cash prize, $50,000 of which was contributed by sponsor World Net. The other $50,000 came from a cash pool contributed to by all the teams. This was established to offset the league's expenses at the start of the season and prior to WorldNet sponsorship. According to SBC general secretary, Tanya Wright, the runners-up prize money and All Star game were also financed from this pool.