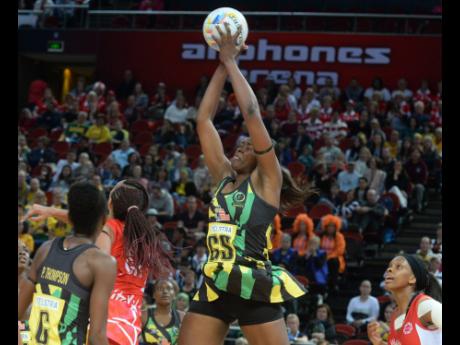 A total of 16,233 fans flocked to Sydney Olympic Park for the much-anticipated trans-Tasman clash, with the Silver Ferns winning 52-47 in an electric atmosphere. The match sets the scene for a dramatic week ahead, as teams head into the next stage of competition on Tuesday (tonight local time).

In other Day Three action, Wales made it two from two, triumphing 71-44 over Zambia, while Trinidad & Tobago defeated Caribbean rivals Barbados 55-39.

England also continued their strong performance with a comprehensive 85-34 win over Samoa, while Malawi took home the points from their battle with Singapore, winning 75-31.

In the all-Caribbean matchup, world No. 10 Trinidad & Tobago overcame the ninth-ranked Barbados yet again, at the World Cup. Trinidad and Tobago's Calypso Girls had defeated the Bajan Gems twice in their previous three encounters in World Cup history and managed to extend their lead in head-to-head battles with their rivals by one more.

Allphones Arena was treated to a feast of Caribbean-style netball, with physical challenges, clashes, deflections, and intercepts. The matchup between Calypso Girls' shooter, Samantha Wallace, and the Bajan Gems' goal keeper, Shonette Bruce, was crucial, as Barbados were able to capitalise on errors from Trinidad & Tobago to lead 13-10 at the first quarter, despite two stunning intercepts from Trinidad & Tobago's Onella Jack.

Both teams were unchanged heading into the second quarter as the Bajan Gems' goal shooter, Shonica Wharton, proved an essential target for Barbados in the goal circle.

Trinidad & Tobago's shooter, Wallace, steadied her side and levelled the score early in the quarter, and from there, it was a goal-for-goal tussle as neither side could establish dominance, with the half-time score 23-21 in the Calypso Girls' favour.

Barbados' Sheniqua Thomas was introduced into goal attack at the start of the second half, as the Calypso Girls established a break of seven goals early in the quarter, with goal attack Joelisa Cooper making her presence felt, but pressure from Barbados meant the margin was reduced to five, with Trinidad and Tobago leading 38-33 at the end of three quarters.

The Bajan Gem's Faye Sealy replaced the injured Wharton late in the final term, but the Calypso Girls were able to punish Barbados for errors, converting on the scoreboard and winning the fourth quarter 17-6.

Trinidad & Tobago's Onella Jack felt the tough matches against Australia and New Zealand prepared them for the win.

"It means a lot because, mostly, either Barbados will beat us or we will beat Barbados, so today's win means a lot to us," she said.

Jamaica, the other Caribbean team in the tournament, played Scotland on Monday (last night local time) in a match to determine the second team to advance from Pool B with England.