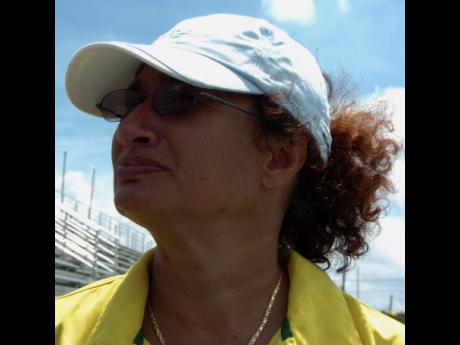 Jamaica swim aficionado, Jackie Walter, says Jamaican Alia Atkinson is on track to challenge for a gold at next year's Olympics in Rio de Janeiro, Brazil.

Atkinson won her second medal at the FINA World Championships, when she placed second in the women's 50-metre breaststroke final yesterday.

She became the first Jamaican to medal at the World long-course event, after placing third in the 100-metre breaststroke on Tuesday to claim bronze.

Walter, the former long-time national coach, pointed out that the optimism she feels for Atkinson stems from her bronze-medal placing.

"She has never medalled at a long-course event. So the bronze was more important, because in the Olympics there is no sprint, only a 50-metre freestyle, so this is a good sign (for her to medal at Olympics)," the coach observed.

"She also went through the rounds, and she will have to go through that at the Olympics, so this (World Championship performance) definitely puts her in good stead to medal," she reasoned.

For the long-serving swim coach, a gold medal is now within Atkinson's reach for the Olympics.

"I definitely think so (can win gold). She is definitely on a high, and she will now go back into some hard training with a positive outlook. So there will be no doubt in her mind whether she can do this or not," Walter continued.

"Technically, she has made a few adjustments, which I think are very positive. I know (coach) Chris Anderson has some adjustments he wants to make, and I'm sure that in the next few months in her preparation for next year (Olympics), that those things will be worked on.

"Her mother told me she was so calm, and that is confidence ... and what I see from her at the championship, it will give her confidence," Walter told The Gleaner.