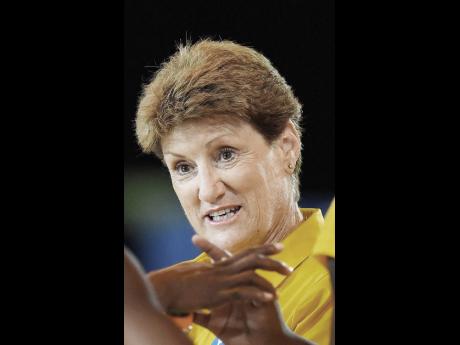 Technical Director Jill McIntosh said the Sunshine Girls have no room for error in their remaining Pool E games at the Netball World Cup, warning that their opponents are no pushovers.

"We have to play our best. We have to go out and play our normal style of netball as we have been doing and just take it one game at a time as we go. Uganda are looking good and Malawi are very good," observed McIntosh, the former Australia coach.

Jamaica lost their opening game 55-48 to New Zealand on Tuesday and played Uganda (earlier this morning) in their second match of the group, knowing they had to win to keep their semi-final chances intact.

Malawi, in the meantime, had lost to New Zealand 57-49 yesterday.

"Malawi only lost to New Zealand by eight (goals), so they are a very good team," McIntosh noted. "They are number six in the world, so we have to be very careful when we play them on Friday, that one won't be easy," she said.

Despite that, McIntosh is confident that the Sunshine Girls will have enough in the tank for the two African nations.

"We have our tactics worked out, we played them (Malawi) last year at the Commonwealth Games and we know we can beat them, but in saying that we know that they are very good, they have improved again, they play a very nice style of netball, so we have to go out and play our best game," she continued.