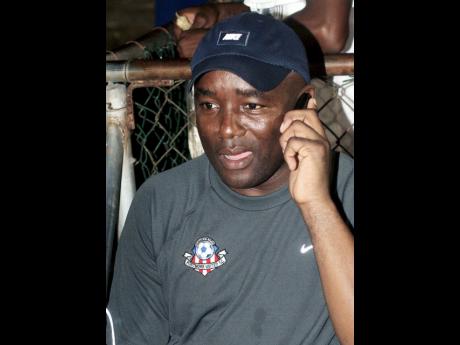 Three-time national football league champions, Portmore United, are bracing for a tough return to the Red Stripe Premier League 2015-16 season, which is tentatively set to start on September 6.

Portmore United made a quick return to top-flight action after being demoted in 2014. They won the Major League and KO double in St Catherine, and followed up with the Central Confederation title and the Jamaica Football Federation play-off series.

Now, coach and former Portmore United defender, Linval 'Rudi' Dixon, says the plan is to stay in the league in the upcoming season.

"We have been in training for the past three weeks, and preparation is going well. We had a late start, but the players are showing positive signs," Dixon told The Gleaner yesterday.

"The team is bracing for a tough challenge. We have to be mentally and physically ready for the competition. We know it won't be easy as it is a long season with many games to play," he said.

Although Portmore's focus is on staying in the league, the former national defender is not ruling out winning the title for a fourth time since changing their name to Portmore United.

"The team is very young, but the core has been together for three years. We want to first be safe for another season and, if we make the last four, we will certainly challenge for the title," Dixon added.

After being demoted two seasons ago, several senior players left for other Premier League clubs. Dixon disclosed that national defender Upston Edwards is the only player of note who is back in training at Portmore.

"Our team is a young group, and we want to do well, so the main aim is to retain our place," he emphasised.