Campbell ready to test the waters 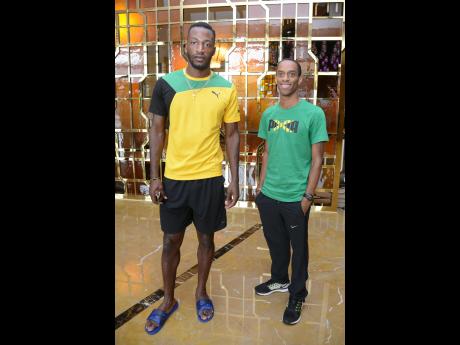 It took him being thrown into a 5K as a youngster at Bellefield High School for Kemoy Campbell to recognise his potential as a distance runner.

Who would have thought that a few years later he would be preparing for his first appearance at the IAAF World Championships.

"Honestly, I just got thrown into a 5K race at school, and the next thing I realised, I was pretty good at it, so I just continued," Campbell smiled excitedly as he spoke about his delight as he gets set to compete in the 5000m inside the Birds Nest.

"It feels pretty good making my first World Championships team," said Campbell. "You can't say that there's a lot of Jamaican distance runners who have done this before, so I'm just trying to seize the moment and give my all.

"I guess you have to start somewhere, and this is my start to see where I am compared to all the best in the world. I'm just going to go out there and put my all into it and see where that takes me," added Campbell, whose 13:20.39 makes him the fastest ever Jamaican over the distance and a trailblazer at these championships for the Caribbean island.

Campbell, who noted that his main focus is gaining experience ahead of next year's Olympic Games in Rio, pointed to an increased mileage of 15 miles per day up from 12 and renewed focus as the main factors behind a season that has seen him establish himself as one of the top competitors on the collegiate scene.

"This year there has been a lot of mileage and that has helped me a lot, and when I get back I am going to focus on speed and finishing my races faster because I have realised that's also a great advantage being able to run fast at the end," Campbell reasoned. "The Olympics is something I am definitely looking forward to.

"I just need the experience for sure, I've never been to one of these events, and it will definitely be good experience for me to see where I fall short, how I can improve and try to get better as I compete with the best," added Campbell, who has now completed his studies at the University of Arkansas and will be going full pro after the championships.

"I look up to a lot of people, but I don't want to think about it too much because my main thing is I don't want to go into a race and be intimidated by anyone," said Campbell, looking ahead to his competition here in Beijing.

"I just want to go out and run as fast as I can. When you know people you tend to hold back because you know how good they are and I'm trying not to do that, I just want to push throughout the race."