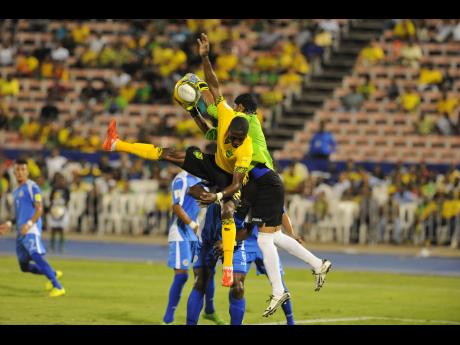 At half-time, Nicaragua hold a shock 2-0 lead over Jamaica's Reggae Boyz in their first-leg CONCACAF World Cup qualifying football match at the National Stadium in Kingston.

Captain Manuel Rosas gave his team the lead at the fourth minute, scoring a penalty  by sending goalkeeper Andre Blake the wrong way, after Kemar Lawrence handled a ball inside the box.

However, goalkeeper Justo Lorente proved equal to the task and pushed the ball over the bar

Significantly, they could not transfer that advantage into a goal against opponents whose size provided much cover for their physical play.

Jamaica have another 45 minutes, plus the second-leg away tie in Managua next Tuesday to overturn the deficit in the qualifying series for the 2018 World Cup Final in Russia.