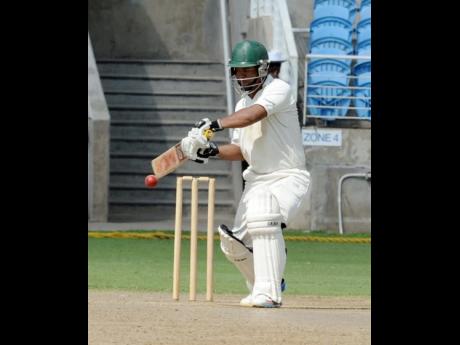 The diminutive wicketkeeper, who was dropped towards the latter part of last season after a series of poor scores, was the top scorer for Paul Palmer's XI who played to a draw with Brandon King's XI.

Palmer's XI ended on 183 for seven in their second innings after dismissing King's XI for 238 in their first innings early yesterday.

Palmer's XI made 169 in their first innings.

Earlier, Palmer's XI, who resumed on 125 for three, were restricted by young pacer Rovman Powell, who finished with four for 40.

The fifth and penultimate trial match, a three-day encounter, is set for Sabina Park starting next Wednesday.