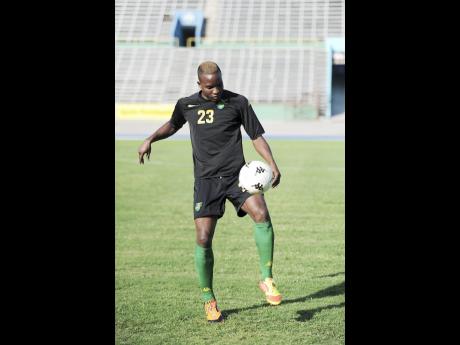 Former Harbour View and Arnett Gardens striker, Errol Stevens, has been recalled to the national senior men's team after being left on the sidelines for about four years.

Stevens, who currently plays for Hai Phong in the Vietnam League One, has been included in the Reggae Boyz 20-man squad to face South Korea in a friendly international in that country on Tuesday. Six local players were also named to the squad.

Stevens has scored 13 goals in 26 games for his Vietnamese team, helping them to sixth place in the 14-team standings.

A powerful, skillful and pacy forward, Stevens came through the ranks at Harbour View before leaving on loan to Russian outfit FC Khimki in 2009. When he returned, he signed for Arnett Gardens in 2011 and was the rave of the Premier League until his departure to Saraburi in Thailand in 2013, from where he moved to Hai Phong at the start of this season.

Stevens was last called up in September 2011 by Theodore Whitmore, and after an impressive debut against Colombia, his international career was expected to kick on. However, a series of injuries prevented him from participating in the 2014 World Cup Qualifiers and he went off the radar from there. Now, the 29-year-old has been rewarded by being included in the latest Reggae Boyz squad.