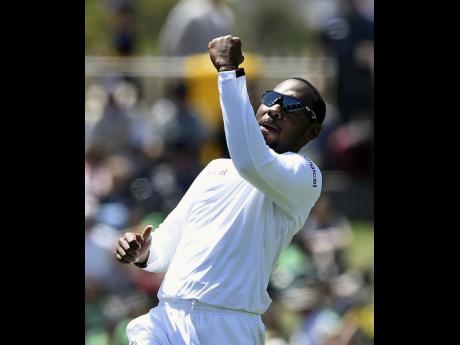 Left-arm spinner Jomel Warrican has been recalled for the West Indies three-Test series against Pakistan starting next month.

The 24-year-old played the last of his four Tests against Australia Down Under last January, but was subsequently overlooked for India's tour of the Caribbean over the summer.

However, he will be part of the 15-man squad, which will be led by Jason Holder and comprises those players who featured in the four-Test series against the Indians.

Warrican made his international debut on the tour of Sri Lanka last October and followed up by playing two more Tests on the tour of Australia. He has taken 11 wickets at an average of 46.

Despite intense speculation over his future, the 24-year-old Holder will take charge of the side. There was widespread speculation the Barbadian would have been axed from the position after nine games in charge without a single win.

Opener Kraigg Brathwaite will again serve as vice-captain, while 19-year-old speedster Alzarri Joseph, who made his debut against India, has been included once again.

West Indies will play one three-day tour match against a Pakistan Cricket Board Patron XI starting October 7 in Sharjah before facing Pakistan in a historic opening day/night Test at the Dubai International Cricket Stadium.

The second Test is carded for the Sheikh Zayed Stadium in Abu Dhabi from October 21-25, with the third game set for Sharjah Cricket Stadium from October 30 to November 3.