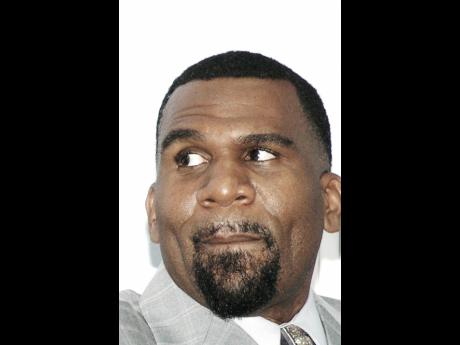 Montego Bay United's conduct during a recent match has emerged as one of the main reasons title sponsor Red Stripe has decided to discontinue broadcast coverage of the island's Premier League.

A release sent to the media by Red Stripe two days ago stated that the company has decided to cease broadcast coverage of the Premier League until further notice.

"Red Stripe wishes to advise that, due to ongoing issues within the Premier League Clubs Association (PLCA), the company has decided to discontinue broadcast coverage of Red Stripe Premier League (RSPL) matches until further notice.

"We will resume regular broadcast coverage as soon as the PLCA has provided assurances that they have come to a complete resolution. Red Stripe remains committed to the league and will continue to support and promote local football," the release said.

Pressed for a comment yesterday, Stacy-Ann Smith, Red Stripe's communication manager, told The Gleaner that her company has no further statement on the matter.

A close source to the issue disclosed that a meeting was held between the sponsor and the PLCA, where Red Stripe spoke about ongoing issues with Montego Bay United.

"They were upset about the behaviour of Montego Bay United during the first leg quarter-final against Arnett Gardens last Monday night. First, Montego Bay did not play in their branded jersey, then they kicked the sign board provided by Red Stripe," the source who requested anonymity told The Gleaner yesterday.

When contacted, PLCA vice-chairman Carvel Stewart said his association has sent a report to the Jamaica Football Federation (JFF) with regard to the sponsor's statement.

"We are awaiting a response from the JFF," Stewart said yesterday afternoon. '"There is no change in the schedule of the games for Sunday and Monday," he added. The matches scheduled are Portmore United versus Tivoli Gardens on Sunday afternoon and Montego Bay United versus Arnett Gardens on Monday night.

Montego Bay's chairman, Orville Powell, said yesterday that money owed to his club is yet to be paid.

"The league and sponsor have not responded to us about money owed since last year. It seems we don't have any value," Powell said.

He is aware that his team breached the rules by not wearing the sponsor's logo.

"I know that there was a breach, but the PLCA and Red Stripe are also breaching our rights. I also understand that I was blamed for kicking a sign board but I was not even in Kingston on that night. The thing is we want the money owed," Powell said.