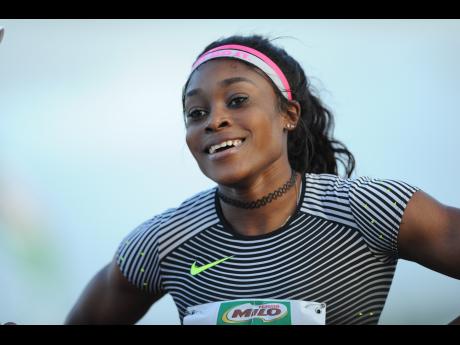 The 24-year-old Jamaican will line up alongside the likes of Dutch nemesis Dafne Schippers and the American pair of Tori Bowie and Allyson Felix, in what is expected to be a blockbuster marquee event in Eugene, Oregon on May 27.

Thompson clocked 21.78 seconds to win the 200m in Rio last year, and was followed home by Schippers and Bowie who were second and third respectively.

The presence of Felix will add an intriguing element, as she is a three-time World champion in the half-lap and also won gold in the event at the London 2012 Olympics.

For fans, the race will hold all the attention as it will be the first time all four athletes will be competing in the same race.

At last year's Prefontaine Classic, Bowie, Schippers and Thompson clashed in the 200 metres with Bowie coming out on top.

Since then, however, Thompson has become the one to beat, especially after her exploits in Rio, where she became the first woman in 28 years to win both the 100m and 200m.

The Prefontaine Classic is the third meet in the Diamond League series which begins in Qatar next Friday.