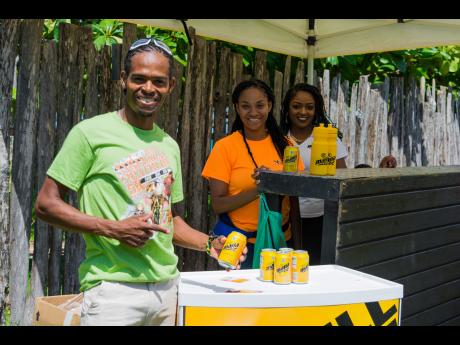 Having secured this year's 14th straight Jakes Off-Road Triathlon title, Jassette Bromfield now has his sights set on excelling in his next overseas challenge, the Sea to Sea Half Marathon slated for Tobago on May 20.

The St Elizabeth native is a farmer from Treasure Beach and has been making the most of his knowledge of course in his hometown event.

Ahead of his departure for Tobago yesterday where he is also expected to feature in the Rainbow Cup triathlon in June, Bromfield, who finished fifth overall last year, with a less capable road bike, said he is hopeful for improvements this time around.

"I have much more races under my belt this year and have been training much harder, and I have a better road bike than last year so I want to perform better and improve," outlined Bromfield.

"I believe I am much more than a local Jakes Triathlon performer, I had a top five finish in Tobago last year, which I am working hard to improve this year," he continued.

Locally, he holds the national triathlon title from December last year in Port Royal. At Jakes, Bromfield has three years success as a relay team member and 14 consecutive individual titles.

"Within the next two years I hope to make a breakthrough on the international scene, mainly in the half iron man which is a longer distance," he told The Gleaner.

"I would love to have it (triathlon) as a career, but currently, it's struggling, and hard to pursue. I try my best and keep on pushing, hoping with some positive results I could attract some sponsorship," he added.

The 33-year-old Bromfield, who won his first Jakes Triathlon as a teen in 1999, says he wants to push for an international break, but is financially challenged to do so.

Meanwhile, the annual Jakes Off-Road Triathlon is one of the Caribbean's first and largest annual events. It was recently held in Treasure Beach, St Elizabeth and sponsored by Wisynco, Tru-Juice and Malta.

The event attracts participants from the Caribbean and other parts of the world.