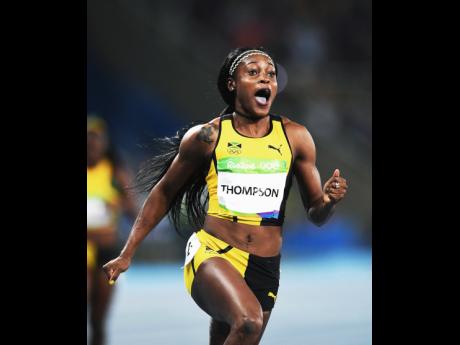 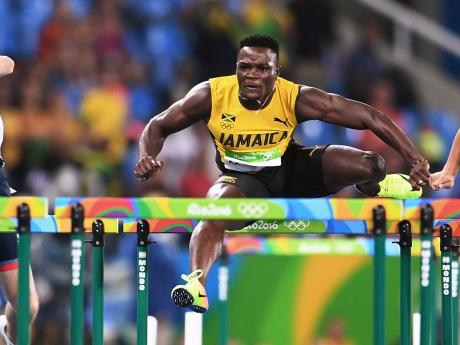 Double Olympic sprint champion Elaine Thompson overcame a slow start to win the women's 100 metres at the Shanghai Diamond League yesterday, her second victory in as many weeks.

The Jamaican, who captured the women's 200m at the season-opening Doha Diamond League last week, pulled away at the 80m mark and eased to victory in 10.78 seconds, the fastest time in the world this season.

Her countryman and fellow Olympic champion, Omar McLeod, started his season on the right note with a win in the men's 110m hurdles, while China's Su Bingtian won the men's 100m against a weakened field, missing American star Justin Gatlin, who was a late scratch.

Thompson is aiming for a 100-200m double at the World Championships in London in August to add two more golds to the ones she won at the 2016 Rio de Janeiro Olympics.

"It's my second 100m for the season, so a world-lead (time) is not a bad time," she said. "My aim now is to go back home and compete in the Jamaica Invitational later this month. From there, it is all about preparing for the rest of the season and the World Championships."

Tori Bowie of the United States was second, 0.26 seconds back. Marie-Josee Ta Lou of the Ivory Coast was third.

McLeod out-leaned Spain's Orlando Ortega at the tape to win the 110m hurdles in 13.09. China's Xie Wenjun was third.

Su won the men's 100m in 10.09, just ahead of Michael Rodgers of the United States in second and Ben Youssef Meite of Ivory Coast in third.

Gatlin, the 2004 Olympic champion, finished a disappointing fourth in his first race of the season in Doha last week and decided his form wasn't high enough to compete in Shanghai.

Olympic champion David Rudisha of Kenya struggled in his opening race of the season, fading to fourth in the 800m, more than half a second behind winner Kipyegon Bett's time of 1:44.70 and four seconds off his own world record.

Rudisha looked comfortable through the first lap, leading the field behind the pacesetter, but couldn't find his kick in the final stretch. He said he had changed his schedule this year, skipping early-season meets in Australia, and came into Shanghai off his top-race shape.

The Kenyan believes he'll be able to find his form in plenty of time before he attempts to defend his title at the World Championships.

"It's good sometimes just to try something different, but it's tough. I have to get a few competitions before my legs get going," Rudisha said. "I know I've been doing some quite good training and, hopefully, in a few weeks, I'll be building up nicely."