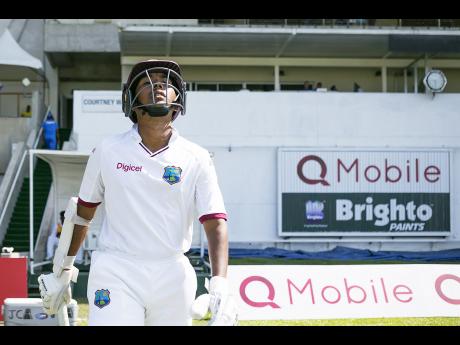 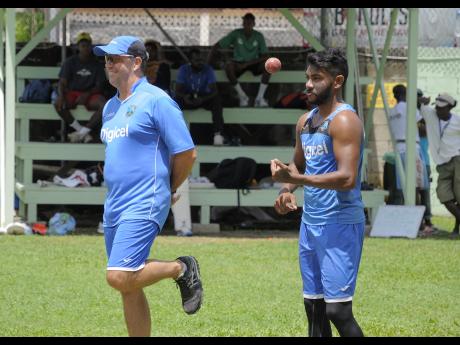 File
Coach Stuart Law and spinner Devendra Bishoo during a practice session before the third Test match between West Indies and Pakistan at Windsor Park in Roseau, Dominica last Tuesday.
1
2

Inspired by the progress he witnessed in the just-concluded series against Pakistan, West Indies head coach Stuart Law says the regional side will be targeting an upset when they face England in their next Test series this August.

West Indies are ranked a lowly eighth, only behind minnows Bangladesh and Zimbabwe, while England are fourth, but Law believes once his side can build on the positives from the recent series and use the preparation time before England wisely, they will be able to reap positive results.

"We can continue to work hard. When we get to England, we've got a pretty extensive preparation period before the first Test," the Australian said.

West Indies face the hosts in the opening Test at Edgbaston starting August 17 before travelling to Headingley for the second, beginning eight days later. The third Test is set for September 7 at historic Lord's in London.

The Windies have not won a Test in England in 17 years, losing 11 of their last 13 outings and drawing two.

In two weeks, however, West Indies will clash with minnows Afghanistan in three Twenty20 Internationals and three one-dayers, and Law said while their opponents were not top tier, there would be no lackadaisical approach.

"We're not taking any teams lightly, doesn't matter who they are. We've got to install that ruthless mindset that no matter who we come up against," he emphasised.

West Indies lost the recent three-Test series against Pakistan 2-1, when they went down by 101 runs on the final day of the decisive third Test at Windsor Park in Dominica last Sunday.

However, Law pointed to plenty positives, with the bowling unit excelling on flat pitches and batsmen achieving milestones.

And though debutants Shimron Hetmyer and Vishaul Singh struggled in their first taste of international cricket, Law said the learning curve had been critical for them.

"We had two debutants start the series in Shimron Hetmyer and Vishaul Singh, and I think they realise now it's not club cricket, it's not provincial cricket, it's serious Test cricket," he said.