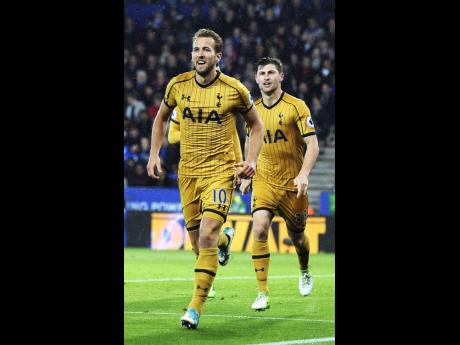 Harry Kane scored four goals in Tottenham's 6-1 rout of Leicester on Thursday, ensuring that the Premier League runner-up is closing out the season with a swagger despite missing out on the title.

Kane will enter the final day of the season on Sunday in pole position to finish as top scorer, with the striker now on 26 league goals - two more than Everton's Romelu Lukaku.

Despite missing three months of the season through injury, Kane has netted 32 times in all competitions.

Kane's opener was set up by Son Heung-min, who scored Tottenham's other two goals against deposed champion Leicester to become the highest-scoring South Korean in a single European season. Son has 21 goals in all competitions this season.

Tottenham, which plays at relegated Hull in the final day of the season on Sunday, is seven points behind newly crowned champion Chelsea.

Chelsea has taken the trophy off Leicester, which, astonishingly, won the title last season but collapsed this year and is currently 11th.