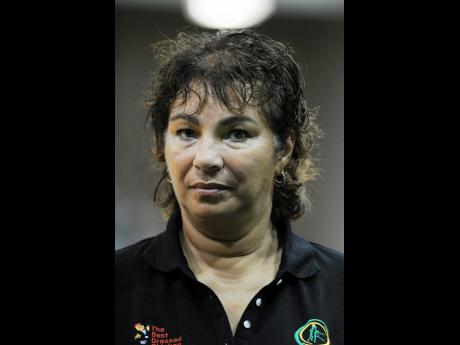 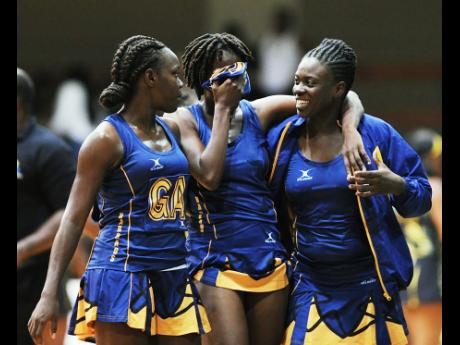 Ricardo Makyn
Barbadian players reacting after the first netball ‘Test’ at the National Arena on Friday. The game ended in a 44-44 draw. 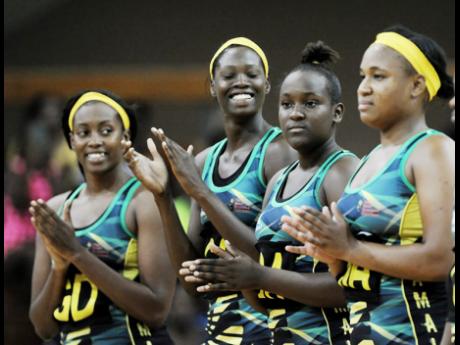 File
Members of the Sunshine Girls applauding before the Jamaica versus Barbados Netball 'Test' at the National Arena on Friday. From left: Stacian Facey, Shimona Nelson, Hasana Williams and Thristina Hardwood.
1
2
3

An inexperienced Sunshine Girls unit will be aiming for a much better performance when they take on Barbados in today's second match of their three-Test series at the National Area starting at 6 p.m.

The Sunshine Girls, who are ranked fourth in the world, survived a major scare in game one on Friday when they were held to an exciting 44-44 tie by 12th-ranked Barbados.

In fact, the visitors led by as many as five goals in the fourth period before the Sunshine Girls rallied strongly to secure the draw.

Sunshine Girls head coach Jermaine Allison-McCracken has a point to prove ahead of today's second match. There has been some amount of turmoil in local netball recently following the suspensions of three senior players.

The British-born Allison-McCracken, who is coaching at this level for the first time, sent home experienced trio Khadijah Williams, Shanice Beckford and Nicole Dixon for what was described as "inappropriate behaviour".

Allison-McCracken said a lot of pressure will be on the other members of the squad to perform well in the remainder of the series against Barbados.

"I am going to analyse the match and let my players know how they can work better together and work to defend the Barbadians," said Allison-McCracken.

GOING TO BE HARD

"It's going to be hard, but I think we can do it. We have to just concentrate and focus," she said.

The Sunshine Girls' attack will be led by Under-21 shooters Shimona Nelson and Hasana Williams, who both played well in game one.

Adean Thomas, Thristina Hardwood and Kerry-Ann Brown will marshal the centre court, while Shameera Sterling and Stacian Facey will lead the defence.

Meanwhile, Barbados' coach Sandra Bruce-Small said she is still very disappointed that her team failed to come out on top in game one.

However, she is confident they can win game two today.

"The players are little disappointed that they never got over the line (in game one), but I am sure that they will lift their game much high in game two," said Bruce-Small.

"This draw will boost the team, but I am not going to underestimate Jamaica. So we are going to continue working hard to see if we can pull off a win this series," she said.