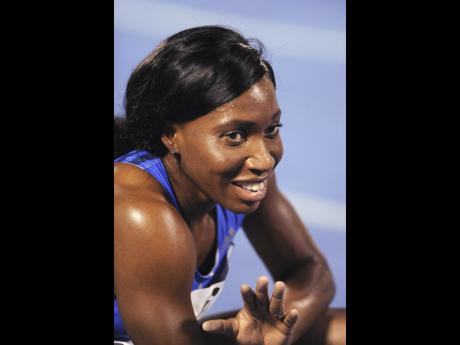 Last Saturday's Jamaica Invitational International Meet (JIIM) lived up to its pre-event hype. The 20,000 or so fans who turned up for a night of top-class entertainment, got just that, and more. A recurring comment from the overseas participants, when interviewed, was about the fantastic reception they have received from Jamaicans everywhere they went.

The events on show and the quality of the performances seem to have justified the foresight and persistence of the organisers in their determination to show the world, and indeed the IAAF that Jamaica can successfully host a Diamond League-type event. We, the fans, recognise the economic reality surrounding the desire of hosting a Diamond League event, but what we have shown last Saturday night is that we appreciate and will support with our legendary hospitality, (and cash) top-class athletics.

No athlete disappointed. However, there were standout performances that deserve special mention.

The performance of the meet for me was the victory of cancer survivor Novlene Williams-Mills, who tracked and eventually passed the leader, American Phyllis Francis, for a wonderful victory in a time of 50.59 in the women's 400m race.

Our Novlene was not the pre-race favourite, although discerning fans knew that her never-say-die, dogged determination would mean something once the athletes entered the home straight. To see the majority of fans in the stadium rise and "will" Novlene to victory solidifies (for me) the support for track and field that will resonate with the men in suits who determine where and when Diamond League events are scheduled. This does not mean that the other performances paled in significance.

The victory of Fedrick Dacres, whose last throw surpassed the leading throw of American Andrew Evans whose consistency threatened to sideline the throws from Dacres himself and our own Chad Wright was particularly satisfying. Dacres has put his disappointing performance in the Rio Olympics behind him and (as he said) once injury free, watch out world.

One-time heir-apparent to the great Usain Bolt, Yohan Blake, promised and delivered. His controlled start and smooth, effortless finish in 9.93 seconds has put the athletic world on notice Yohan is back and looking awesome.

Elaine Thompson, ran her heart out and ran her 200m meet race in a joint world-leading 20.09 seconds. Some track and field aficionados/experts have expressed concern at Elaine's penchant for running through to the end in all her races to date. Their concern reflects the previous 'norm' of local champions establishing a lead and coasting to victory, leaving watchers to wonder 'what if'?

What if the athlete had continued at full speed?

Well, with Elaine, there will be no such queries. She is as genuine as they come, and fans know that anytime Ms Thompson runs, she gives it everything. How refreshing!

Andre De Grasse, from Canada who won the men's 200m race, Sharika Nelvis, winner of the women's 100m hurdles event and Morolake Akinosun, who won the women's 100m, all deserve special mention, but for me, the Jamaicans (and visitors) who came out in their numbers to support the event was the highlight of an event of class.

The 10th of June (Racers track meet) our local farewell to the 'big man' Usain Bolt, can't come fast enough. What an evening that promises to be! I do believe that our National Stadium will not be big enough to comfortably seat all who want to be there. I am hoping that the organisers will seriously consider having a giant screen available to the adoring public in specified towns throughout the country so that as many of us who want to say 'thanks' to a living legend for all he has done for our psyche and physical well-being as we followed his stellar career not only on the track, but also off the track as an ambassador extraordinaire of our beloved country, can be afforded the chance to do so.