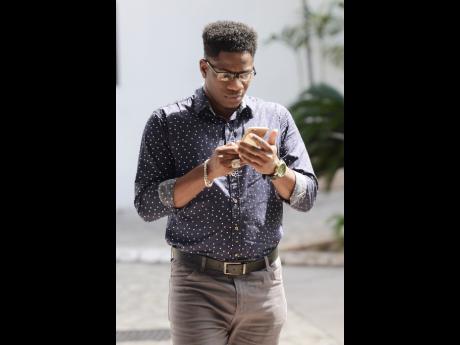 World Championships 2011 4x400m relay bronze medallist Riker Hylton has reportedly retired from the sport, but nonetheless had a good day in defending his reputation in his anti-doping violation hearing against the Jamaica Anti-Doping Commission (JADCO) at the Jamaica Conference Centre in downtown Kingston yesterday.

Hylton is accused of violating Article 2.3 of JADCO's rules by refusing to submit a sample collection for testing on April 27, 2016.

However, his representative, Dr Emir Crowne, sought to establish that proper procedures for notification of a doping control test to be administered to the athlete had not been adhered to.

JADCO's representative Lackston Robinson presented its executive director Carey Brown as one of three witnesses on the day, and he said he could not reveal what took place in their investigation in terms of JADCO discovering anything new to lead to making a case against the quarter-miler.

Conflicting testimonies arose in the opening day's proceedings, which commenced an hour and 40 minutes beyond the set 10am start time because of Dr Japheth Ford's (a member of the Independent Anti-Doping Disciplinary Panel (IADP ) late arrival.

Damon Smith, a JADCO chaperone assigned to Hylton on the day in question, was another witness to give testimony. Smith said he saw Hylton seated on the eastern side of the track and approached him, identified himself and informed him that he was selected for a doping control test. Smith said Hylton responded three times, saying: "Unnu nah test mi dis morning ... guh look fi MVP athletes."

Crowne, in his cross-examination, suggested that he had not notified Hylton that he was there to conduct a test. When Smith could not give a time frame in which he said he tried to carry out the procedure, his testimony appeared inconsistent when he claimed he had left two to three minutes after notifying Tajae Smith, another JADCO personnel, that Hylton refused testing. Tajae Smith said he told Brown what happened at 8:30 a.m. Brown, in his testimony later said he saw Damon Smith at around 9:35a.m.

The hearing continues at 9:30 a.m. today with the IADP hearing testimonies from four of Hylton's witnesses.