Gardner thanks late Burrell for opportunities 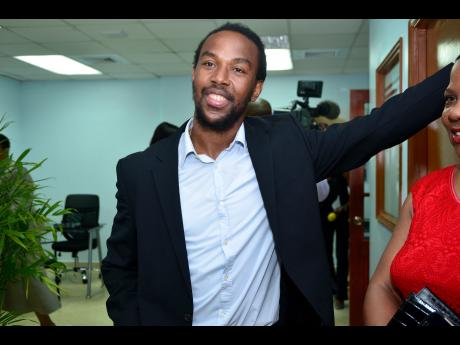 Former national footballer Ricardo 'Bibi' Gardner has credited late president of the Jamaica Football Federation (JFF), Captain Horace Burrell ,with providing him with a stage on which to display his talents and having enough confidence in him to allow him to put those talents on display to the world.

Gardner was part of Jamaica's historic football team that qualified for the 1998 FIFA World Cup in France, a vision of Burrell, who died on Tuesday after a bout with cancer.

"I think he (Burrell) played a very significant role in my life as a professional footballer because he was the one in charge of the JFF when I first played for Jamaica, and without Jamaica I wouldn't be seen in the World Cup," said Gardner.

Gardner was playing with local Premier League club Harbour View in 1998 when Jamaica played their three games at the World Cup in France.

His performance in those games led to him later being acquired on contract by English First Division club Bolton Wanderers. Bolton was promoted to the Premier League in the 2001-2002 season, and Gardner was able to display his skills in top-flight English football for 11 years. He was also appointed Reggae Boyz captain for four years from 2005 to 2009.

The 38-year-old was also recently appointed National Under-20 coach and said it was again Burrell whose faith led to that appointment.

"Recently, I was appointed national coach of the under-20 team, and he was part of that decision, and I want to thank him for that opportunity as it's a stepping stone to where I want to go in the future, and I think that opportunity and that experience did a lot for me," he told The Gleaner.

Captain Burrell came in for much criticism during his tenure as president of the JFF, but Gardener views him as a "brave" man who was forced to make many difficult decisions and someone whom he could reach out to at any time.

"He was always positive, and what I can learn from Captain is that he was very brave, and he was always making choices and difficult decisions that will always help our football fraternity here in Jamaica," said Gardner.

"I just want to thank him for the great job he has done while he was here with us in the flesh, and we only can cherish it every day," he added.

"It's always sad to see someone pass away, especially someone you are close to and can reach out to any time," he concluded.