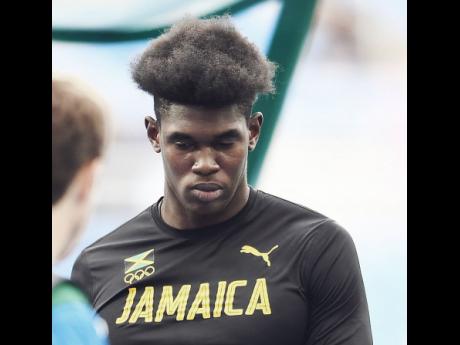 The 23-year-old, competing at only his second Diamond League meet, finished runner-up with a throw of 67.10 metres on his third attempt at the Bislett Games, the fifth IAAF Diamond League qualifying meeting of 2017, held yesterday in Norway.

But while he was pleased with his effort, he was equally delighted at having finished ahead of competitors such as reigning world champion Piotr Malachowski of Poland (7th) and German brothers Christoph Harting (6th), who is the current Olympic champion, and 2012 Olympic champion Robert Harting (5th).

The event was won by Sweden’s Daniel Stahl with a throw of 68.06m, while Belgium’s Philip Milanov took third with a season-best (SB) effort of 66.39m.

“I feel good coming out and competing with the big guys’ and despite coming second, I got a good throw over 67m,” Dacres told The Gleaner. “I am now setting my sights on medalling (at the World Championships).”

The other Jamaican in action yesterday, Simone Facey, was eventually given third in the women’s 200m following the disqualification and then reinstatement of event winner Dafne Schippers of The Netherlands.

“I feel way better than my first run in Doha,” Facey said. “I think I executed the curve the way how I wanted, I got out the way I wanted and I was able to stay in my phase.”

Andre De Grasse of Canada registered his first 100m Diamond League victory of the season having failed on his two previous attempts. The Olympic bronze medallist in the event stopped the clock at a SB 10.01 seconds. Great Britain’s Chijindu Ujah was second in a SB-equalling 10.02 while Cote d’Ivoire’s Youssef Meite took third in 10.03 (SB).

De Grasse is now aiming to go sub-10 when he races next at the Stockholm meeting.

“It feels pretty good, and I run again in a couple of more days in Stockholm, so I am looking forward to running a sub-10 now,” De Grasse said.