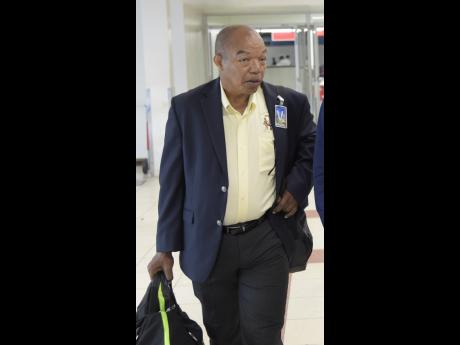 President of the Jamaica Athletics Administrative Association (JAAA) Dr Warren Blake has insisted that there is no split within his organisation after he and his general secretary, Garth Gayle, were named on opposite slates for the Jamaica Olympic Association (JOA) presidential race.

Blake told The Gleaner on Wednesday that there is no rift within his organisation and he has no problem with Gayle's decision to run on Samuda's slate.

"There is really no division in the JAAA. It is important that the JAAA is represented on the JOA because without the JAAA, there would not be a JOA," said Blake.

"The last four years, the JAAA has not been represented on the JOA and we have to seek to correct this anomaly going forward," he added.

The elections are set to take place at the JOA's office on Cunningham Avenue in Kingston on June 27 with 36 sporting associations holding one vote for each position.

Both presidential candidates are looking to replace Mike Fennell, who is not seeking re-election, bringing to an end an unbroken 40-year reign at the helm of Jamaica's Olympic movement.