Foster's Fairplay | Who steps up after Bolt? 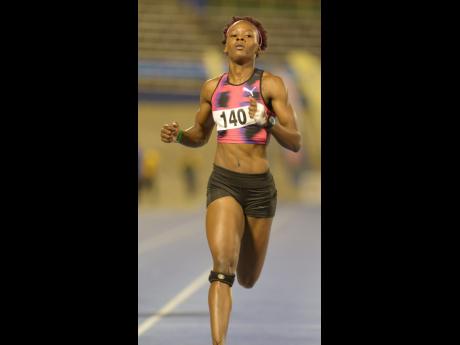 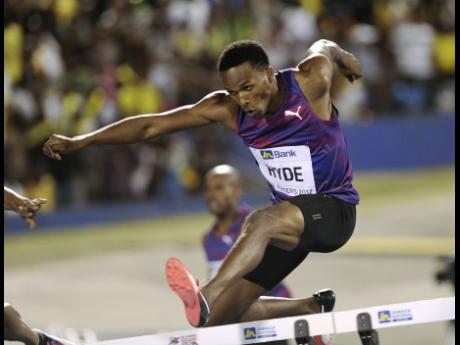 Ricardo Makyn
Jaheel Hyde in the men’s 400 metres hurdles at the JN Racers Grand Prix at the National Stadium in Kingston Jamaica on June 10.
1
2

Usain Bolt has carried the brunt of Jamaica's medal tally at global track and field events, starting with the 2008 Beijing Olympics. He has not faltered, except for that false start in the 100m at the Daegu World Championships of 2011. In London, this August, after fulfilling his promise to make the 100m his last competitive race, he will make his final exit from the sport. Jamaicans have been spoilt by the passage of this great athlete. They are going to be looking for similar excellence on the track as that to which the big man has made them accustomed. Nothing less will be accepted. That is just the nature of our people. But how much will that craving be satisfied?

It is instructive that a close look be taken at the areas threatening to keep the memory of the Bolt era flickering, if not necessarily ablaze. Existing top performers, individually and in relays, led by Elaine Thompson, Omar McLeod, Yohan Blake, Asafa Powell, Veronica Campbell-Brown and a Shelly-Ann Fraser-Pryce, recalibrated and rejuvenated by childbirth, will hopefully be in the golden mix in the near future, with Powell and Campbell-Brown at the stage where retirement could be a consideration.

Admittedly, a certain amount of building will be required. There is latent and blossoming talent, but the process to bring it to fruition must be traversed. Athletes like 400m hurdler Jaheel Hyde, his female counterpart Janieve Russell and flat-race equivalents Shericka Jackson and Demish Gaye are showing the promise that excite the anticipation that there is a lot more to come. Jackson, to her credit, is a few steps ahead of that pack, in that she has already delivered with two bronze medals at the elite level. So much

is expected of her and sub-48 times, once the sole domain of the Eastern Europeans, are not considered in her home circles to be far-fetched. This will require an unshakable belief in self, which should develop over time, nurtured by the rapt attention of a keen coach who has trod this path before. She has in Stephen Francis, a motivator who will instil in her the requisite, insatiable appetite for the hard work in store.

Another most encouraging aspect of the medal maintenance model is the area where the country is showing its hand in what can aptly be termed 'virgin territory'. The assiduous efforts and tunnel vision of coaches Julian Robinson and Michael Vassell have built a culture for throwing events of which former World Youth and Junior champion in 2011 and 2012, respectively, 23-year-old Fedrick Dacres, is a fine and rapidly improving product, now throwing regularly in the 67m to 68m-plus region.

Despite his positive showing this season, it is too early to bring sprint hurdler Ronald Levy into that pool. He, too, is in the coach Francis stable and it is well known and appreciated, the spectacular performances that can come out of that. Provided he can sustain the guarded humility with which he speaks about his performances and not get carried away by his early success, expect him to join his already well-lettered fellow hurdlers, Hansle Parchment and McLeod, at the top of the international ladder.

Also coming under the umbrella of being premature to rule is Edwin Allen High School's Kevona Davis, whose marks in the short sprints at this year's Boys and Girls' Championships boggle the mind. The road to the top level has its major challenges. However, these can be softened by the right programme which can maximise on her enormous talent that was on show this March. This should not be viewed as an attempt to rob her school of her awesome talent, but the national cause should be the priority. Foster's Fairplay suggests that she spend another two years in that programme where, hopefully, the trend to excellence will continue. After that, she should be granted the benefit of better facilities to optimise all she undoubtedly has. The only question is, who will bell that cat.

These engagements form only a small part of what is required to maintain the Bolt structure. There are more. Hopefully, the relevant powers will have the foresight to do the trick.

The Bolt legacy deserves the effort.