Golden double! - Russell, Watson on top at World Under-18 Championships 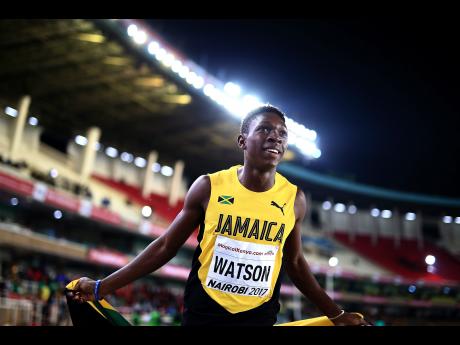 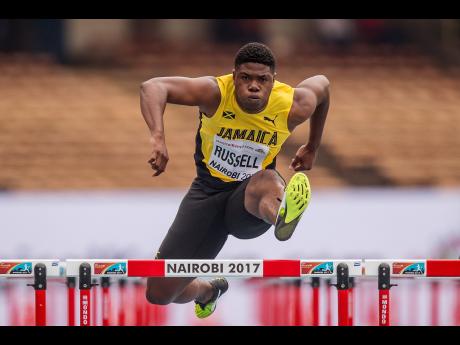 THE Jamaican camp in Nairobi had a lot to cheer for yesterday as Petersfield High's Antonio Watson and Calabar's De'Jour Russell captured gold in the final two track events on the day the boys 400 metres and 110 metres hurdles, to give the country two gold medals at the IAAF World Under-18 Championships.

The day belonged to Russell, who came in the Championships as the world-leader burnished his reputation following his Championships record of 13.08 seconds in the heat the previous day.

In the end, it was a new championship record for Russell, who won impressively in 13.04 second, which was also a world- leading time. Despite an average start for Russell, he took control of the race at the fourth barrier then pulled away from rivals for an impressive win. Hao- hua Lu of Chinese Taipei was second in 13.41 seconds with Thomas Wanaverbecq of France taking bronze in 13.55 seconds.

"Thank God for the win as this is what I have been working hard all season for as I just followed my coach instruction. The win means more to me than the Championships record as I wanted to ensure my team got on the medal table", said Russell.

After playing second fiddle for the first two rounds to his teammate, Anthony Cox who came into the boys 400 metres final as the big favourite for gold, it was Watson who stole the show running on strongly in the end to win the gold in a personal best of 46.59 seconds.

Cox who led late in the race faded in the end and had to settle for fourth in 46.77 seconds, the same time done by bronze medallist, Colby Jennings of Turks and Caicos with Daniel Williams of Guyana capturing the silver in a personal best 46.72 seconds.

"I am elated for the win as I just followed my coach's instructions to run my own race and that's what I did and now I am victorious", said 15 year-old Watson, who was giving his school it's best ever result at the global level.

The win by him was a hat-trick for Jamaica in the event as Martin Manley won gold in 2013 in Donetsk, while Christopher Taylor did so two years ago in Cali, Colombia.

There was no luck for Shaquena Foote in the girls 400 metres final as she had to settle for fifth in 54.05 seconds as Barbara Malikova of the Czech Republic won the gold medal in a personal best and world leading 52.74 seconds.