JDF will be hard to beat - Leslie 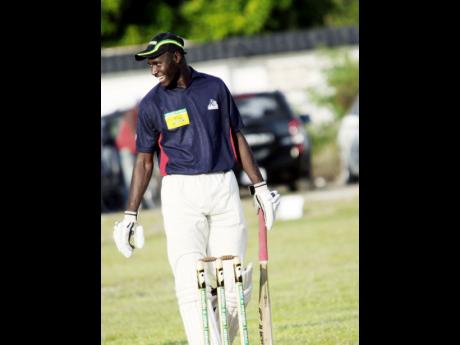 Jamaica Defence Force (JDF) fast bowler, Leighton Leslie, believes it will be difficult for Melbourne to beat his team in the final of the two-day Jamaica Cricket Association Senior Cup at Sabina Park on Saturday.

Leslie, a two-time national senior team invitee, made the remarks following his unbeaten century in semi-final action last weekend, which led to the JDF's securing first innings honours over Westmoreland.

The two-time Jamaica Under-19 invitee and Manchester High standout slammed a topscore of 109, inclusive of nine fours and a six, to pilot the army men to 291 in their first innings.

This was after Westmoreland had made 213 in their first innings and had the soldiers reeling at 139 for six overnight. Westmoreland made 132 for five in their second time at bat before play was called off.

" The type of character we showed in the semi-finals, showed how high our self-belief is, and how difficult we are to beat,'' stated Leslie.

The 25-year-old, who was posting his highest individual score at the senior level, also explained the mindset behind his performance, which he says has even motivated others in the team to reclaim the title from Melbourne.

The Nikita Miller-captained Melbourne had defeated the army men in the semi-finals of last year's championship, thus denying them the opportunity of putting hold to the title for a third straight year.

"I told myself basically that I was just going to push the ball around, take some singles, and if bad balls come try and capitalise on it,'' expressed Leslie, whose previous best score was 84.

"I simply did that throughout the innings, and until we passed the score, I started to play a few more shots.