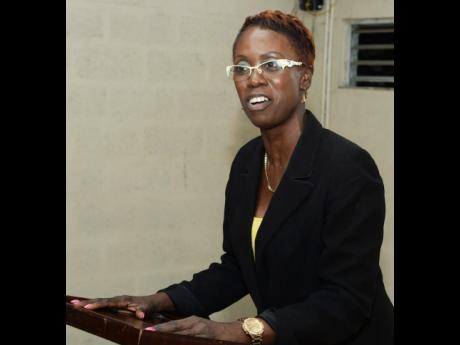 President of Netball Jamaica (NJ), Dr Paula Daley-Morris, has blamed a short preparation time for the National Under-21 team's poor showing at the recent Netball World Youth Cup in Botswana.

The junior Sunshine Girls, who were one of the medal favourites, finished a disappointing fifth at the championships.

"We would have wanted to finish higher but I am still proud of the girls because we only trained for a year and we were only able to come fifth," said Daley-Morris following the team's arrival at the Norman Manley International Airport on Tuesday evening.

"We saw moments of brilliance and so we know that if we had a longer training period we would have been far more successful but life is like that," she said.

The Janet Guy-coached team, who won the bronze in 2013, also failed to make it to the semi-finals for the first time since 1995. They were beaten by England in the quarter-finals.

The young Sunshine Girls also suffered a shocking defeat to hosts Botswana in the preliminary round of the competition.

Daley-Morris added that because the team started preparing for the championship so late they were unable to put together consistent performances throughout the championships.