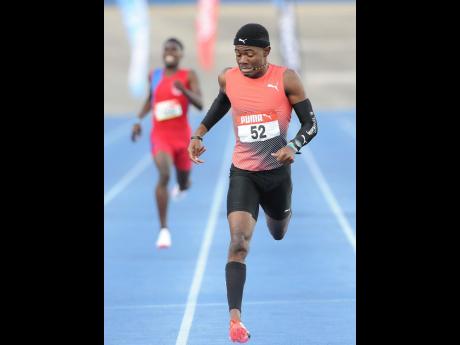 Christopher Taylor clocked an impressive 20.38 seconds to mine gold in the 200 metres at the XIX Junior Pan American Championships in Trujillo, Peru, yesterday.

Overall, Jamaica picked up three more medals on yesterday's second day to add to the two they captured on Friday's first day. The boys and girls' sprint relay teams both earned silver medals.

In the final, however, Taylor showed his class and relegated Cooper to second with 20.59. Brazilian Derick deSouza Silva was third in 20.77.

Patrice Moody and Kasheika Cameron were fourth and fifth, respectively, with times of 24.04 and 24.21 in the girls' 200m final.

In other finals yesterday, Tissana Hickling finished sixth in the triple jump with 12.85 metres, and Akeen Colley was also sixth in the 800m in 1:53.12.