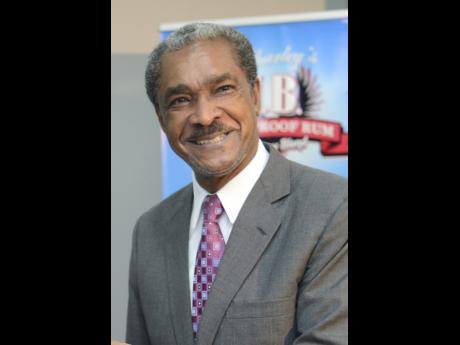 "I could say that is true," Stephenson told The Gleaner when contacted yesterday about a possible run.

The attorney-at-law, who stepped away from the top role at KSAFA earlier this year for what he then described as "personal reasons," said that he had been spurred by others in the football fraternity who nudged him in that direction. The top post became vacant last month when former JFF president Captain Horace Burrell died.

"In as few words as I can, because I have been spoken to by a number of them, people within the circle of electors, and a number of people in the fraternity, and I await the nominations before I go any further. If we receive the required nomination, we will have lots of time to talk," Stephenson added.

This is not the first time that Stephenson has been linked to the JFF job.

He had been previously tipped to challenge Burrell for the top job in local football but later told The Gleaner that he would only consider the position if the money was right as he has more important priorities.

Stephenson, who was head of KSAFA from 1996 to 2007 and again from 2014 until earlier this year, will need a minimum of four nominations from the 13 electors to make his potential candidacy a reality.

He was succeeded as KSAFA president by Wayne Shaw.

"I have nothing more to say. I wanted to keep my words at a minimum. So when nominations are almost at an end ... it's just as it is," he concluded.

All five candidates are said to have met with officials from the St Catherine Football Association last night.

The election of a new president is due to take place on Saturday, September 16.