Executive Charm gets the right distance 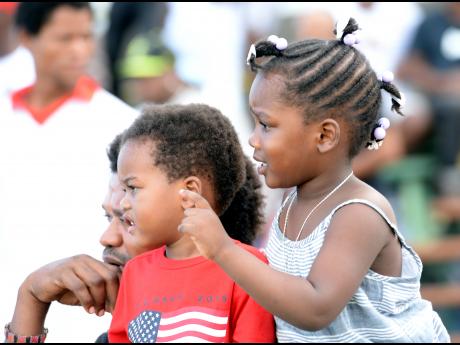 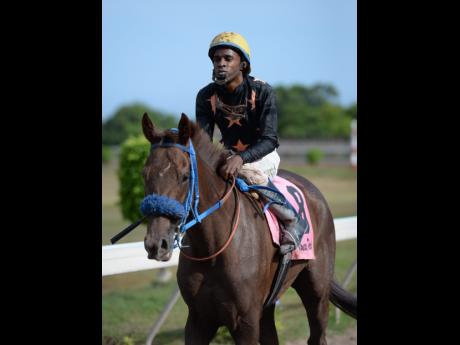 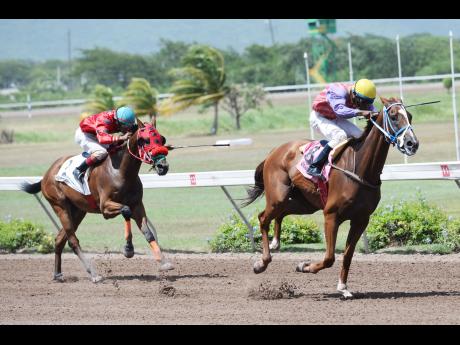 Maiden three-year-olds will take the spotlight in tomorrow's opening race of the Sunrise-6 and NUCLEAR COMMANDER appears set to pull off an easy win in the 1200 metres event.

The Gary Subratie-trained colt ran a very poor race last time out, finishing sixth by 26 lengths in a 1700 metres race, but is now back to a more suitable distance. NUCLEAR COMMANDER was beaten by just half-a-length over 1000 metres round by Jolly D on July 1 and the horse which placed third in that event, Silver Rocket, has since scored a good victory over tomorrow's distance in 1:14.3.

Race Two should provide an easy victory for the progressive two-year-old EXHILARATE. Trained by Philip Feanny the Blue Pepsi Lodge - Purejoy filly romped to victory over 600 metres, winning by four lengths in 35.1. Jockey Oneil Mullings is again on board and the only danger in the six-horse field is NADESHICO who scored by three lengths over the same distance on May 27.

Race three is a very knotty event with several horse having good claims. The one who is given the edge, however, is RALLY BABY to be ridden by her favourite rider Paul Francis. Francis was aboard RALLY BABY when she lost by a neck to King D on November 26 last year over 1000 metres round. MISTER BONES was in that race and ended third by four and a half lengths.

TWILIGHT STORM has little to beat in race four. Trained by Carl Anderson, TWILIGHT STORM comes in very light at 50.5kg after clocking 1:35.4 for tomorrow's distance while placing fourth by 31/2 lengths to Ten Carats on July 1. The trainer has surprisingly taken off the figure eight but TWILIGHT STORM should still be too strong for the also very light BLOOD SONG in the closing stages of the race.

Inform trainer Patrick Lynch and Aaron Chatrie will have all the answers in race five. Chatrie rides EXECUTIVE CHARM for the trainer who landed a three-timer last Saturday. The last time EXECUTIVE CHARM ventured over 1100m, she was beaten by just under two lengths in a fast time. With the Lynch stable in spanking form, they must be confident of turning the tables on KANALOA, who defeated the selection over 1000 metres straight on July 8.

Course specialist THAT'S THE MAN should defeat an out-of-form field in race six over 1000 metres straight. He was never in it on May 20, but is now much lighter and could lead all the way.