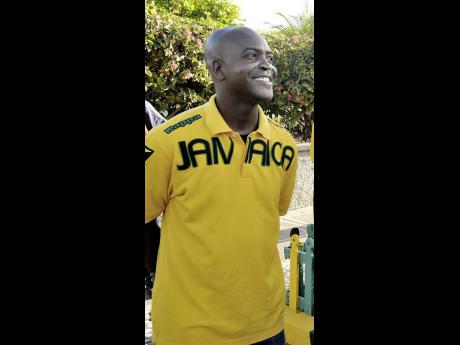 Reggae Boyz football team manager, Roy Simpson, says maintaining a high FIFA world ranking is very important for the Jamaican team after their exploits in the recent Gold Cup saw them move up 19 places, from 76 to 57, in the latest FIFA/CocoCola world ranking.

Simpson said that a better ranking would afford them better friendly matches, which also gives them the chance to improve their ranking and give our talented players even more exposure and opportunities.

He noted that the team's performance at the Gold Cup tournament played a major role in their significant jump in the ranking. And although there are no major tournaments in the near future, Simpson believes that with high-quality friendly games and consistent good results, they can continue their upward climb.

"It is how we maintain a consistent movement because if we do not do well against Canada and Trinidad and Tobago (upcoming friendlies), based on the fact that these teams are in World Cup Qualifiers and these are international friendlies, these games will affect our movement up or down.

However, he feels the team has a good foundation on which to build and continue improving its ranking for this year.. "It is a good base to build on, but tournaments are different. We had a good tournament but the Gold Cup is a biannual tournament, so we do not have the chance to dominate these teams again until in about two years. But we need good international friendlies and results that will help our ranking," he concluded.