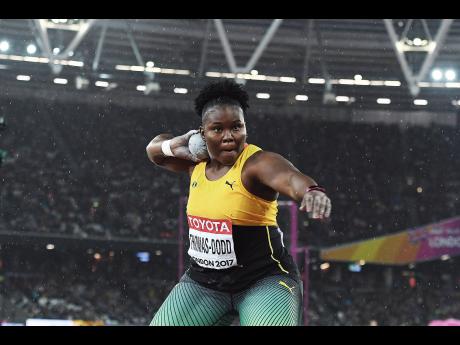 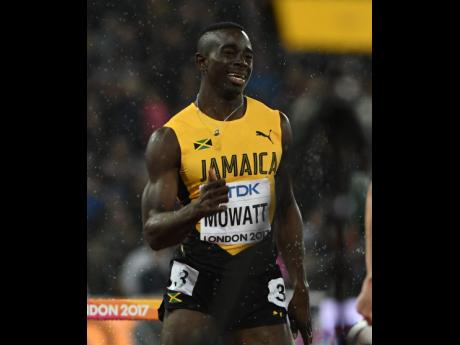 There's no single reason for Jamaica's modest medal take at the IAAF World Championships in London. Instead, the vectors acting against Jamaican success include untimely injury, inclement weather and unexpected reversals for two proven champions.

The four-medal haul isn't just the result of the long-running absence of weekend camps for teams readying themselves for big junior meets. Since Jamaica dominated the sprints at the 2008 Olympic Games, medal counts at the World Junior Championships have actually risen. The numbers are three medals in 2010 to five in 2012 to six in 2014 and eight in 2016.

Among those medal winners are discus ace Fedrick Dacres, 400 metres hurdlers Janieve Russell, Jaheel Hyde and 100 metres hurdler Rushelle Burton, all coming through to World Championship and Olympic teams. In addition, the 2010 World Junior team included Danielle Williams. Five years after a close fourth finish in the 100 metre hurdles in 2010, she became World Champion in 2015.

The absence until last year of the weekend camps hurt those teams by leaving relay preparations undone and by sometimes allowing injuries to slip under the radar.

Injuries hit Jamaica hard in London. A bad hamstring tear stopped Usain Bolt in the 4x100 men's final and something similar halted Anniesha McLaughlin-Whilby as she raced, medal bound, in the women's 4x400 metres final. It was awful to watch.

The 13-degree London weather exposed the only weakness of the productive stay-at-home training programme that vaulted Jamaica's World and Olympic medal counts in double figures a decade ago. No one training in the sultry climes of the land of wood and water can stay there and be truly ready for extreme cold. It's a fair bet that the chill made things worse for Bolt, Blake, who complained of a 'pulsing hamstring' after his 200-metre semi-final, and McLaughlin-Whilby.

This can only be solved by going to meets where cold weather is prevalent.

Add relay medals for Omar McLeod, Julian Forte, Blake and Bolt in the 4x100 metres and for the women's 4x400 quartet of Chrisann Gordon, McLaughlin-Whilby, Shericka Jackson and Novlene Williams-Mills and the Jamaica total reaches six. Then transmute the fourth-place finishes for Dacres, shot putter Danniel Thomas-Dodd and 400 metres hurdler Kemar Mowatt into bronze medals and then, in this series of 'what-ifs', Jamaica has nine medals.

To its credit, the coaching staff has taken responsibility for the elimination of the men's 4x400 metre team in the preliminary round. Apparently, one of our 400 metres finalists, Nathon Allen and Demish Gaye, was not yet recovered from individual races and, as with the women, the plan was to save them both for the final. Unfortunately, it didn't work, in part, because national record holder Rusheen McDonald, thought by many to be best used as a lead-off man, did the anchor leg, where his observed troubles with handling traffic hurt his performance.

Finesse that and factor in the 'right' result for Olympic 100m champion Elaine Thompson and Williams and the reconfigured medal take comes up to 12.

On the macro level, the four-medal haul is the product of an evolving Jamaican team. The Bolt-led brigade of veteran greats found London a bridge too far and they have done so well for so long that no one should point a finger in anger. The young guns will be around for many years.

Their time to shine will come.