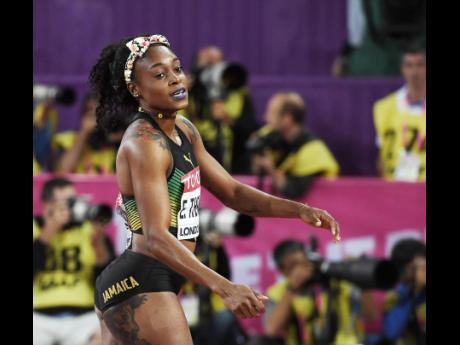 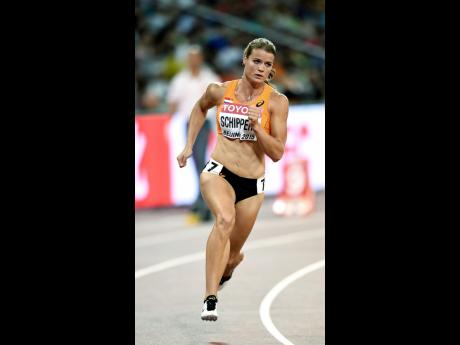 Like she was at the IAAF World Championships in London, Jamaican sprinter Elaine Thompson will enter today's Weltklasse Zurich Diamond League 200 metres final inside the Letzigrund Stadium as the favourite for top honours.

Things might not have gone to script in the English capital, but the Jamaican speedster, while underlining that she does not feel that she has anything to prove, is looking forward to getting on track as she races towards the US$50,000 (J$6.4 million) prize money that awaits the winner and another Diamond Race triumph.

"Some of the best athletes are performing here, and so it's really good coming back here. I'm just going out there to have fun. There is no pressure on me," Thompson told reporters yesterday.

"I don't have anything to prove to the world; I am just going out there to have fun. It's my last 200m of the season, so nothing to prove. Yes, there is some disappointment, but still [it is about] having fun," said Thompson, who also dismissed suggestions that she suffered from the extra pressure after her Olympic double in 2016 and another dominant season on the circuit.

"Honestly, there was no pressure. Track and field is like life, and life is like track and field. Sometimes you plan, but it doesn't work out. I went into the championship and everything was smooth, but it didn't happen how I planned it, so I just have to look forward to the rest of my career," Thompson offered. "I myself don't know what happened, but what happened at the World Championships already happened. I can't dwell on that right now, I just have to move forward and focus on the rest of the season."

Three other Jamaicans will be hunting Diamond Race titles today - all three, like Thompson, looking to end a testing season with success on the circuit.

Asafa Powell won the men's 100m Diamond Race title last season, but has had a miserable year so far with injury ending his hopes of a spot on Jamaica's World Championships team back in June. Powell has only raced four times this season - once on the Diamond League circuit in Doha, where he registered his best time this year, 10.08 seconds.

World Champion Justin Gatlin is the favourite for the Diamond Race trophy, with challenges also expected to come from the likes of Akani Simbine, Chijindu Ujah and Ben Youssef Meite.

For sprint hurdler Danielle Williams, London 2017 was a chance to confirm her status on the international championships stage, but the defending World Champion missed out on a spot in the final. She will today meet World Champion Dawn Harper-Nelson along with Sharika Nelvis, Christina Manning and Jasmin Stowers, the fastest in this field this season with a 12.47 clocking this year.

Kimberly Williams will be looking to put her London 2017 disappointment of missing out on the top eight at a major championship for the first time in her career behind her with a spring at the diamond in the triple jump event, where World Champ Yulimar Rojas and defending Diamond Race champion Caterine Ibarguen are expected to dominate.

Jura Levy, third at the Birmingham Diamond League meet a few days ago, will compete in the non-Diamond Race women's 100m along with Christania Williams and Schillonie Calvert-Powell, with Jamaica also expected to field a team in the event-closing women's 4x100m relay.