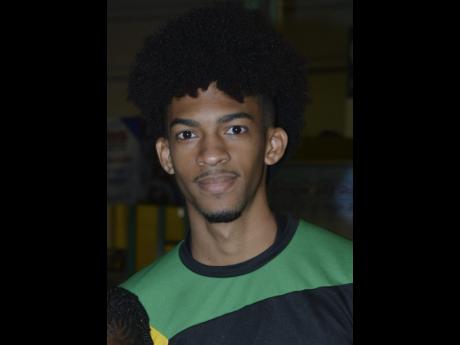 Trinidad and Tobago dominated the 2016 Caribbean Region Table Tennis Federation Mini and Pre-Cadet Championship, but this year's renewal is a different story.

On Tuesday, at the National Arena, Jamaica and the Dominican Republic bumped Trinidad and Tobago out of the winners' circle in two title deciders. Jamaica's win came in the girls' Under-13 team event.

Coached by national men's singles champion Simon Tomlinson, the Jamaica A team faced Trinidad and Tobago after 3-2 wins over Jamaica B and the Dominican Republic and a 3-0 title over a combined Guyana-St Vincent team. The decider started with a rematch of the 2016 girls' Under-11 singles final between Priyanka Khellawan and Jamaica's Kelsey Davidson, and Khellawan, who won when they met a year ago, clicked off the first two sets 11-3, 11-8.

All seemed lost, but patient play by Davidson produced 11-9 success in the third and fourth sets and a narrow 12-10 margin in the fifth.

Tomlinson attributed the upset to preparation.

"They had a lot more time to get themselves in a mind frame to compete, and they did just that," he recounted. "They carried out the instructions very well," he said, with the barest hint of a smile, "so I'm happy for the win today."

Wong edged Yoel Mendoza 3-2 to give the Guyanese some hope, but attacking left-handed Ramon Vila and tall Eduardo Darley brooked no resistance.

Jamaica A beat Jamaica B to win the girls' Under-11 title.