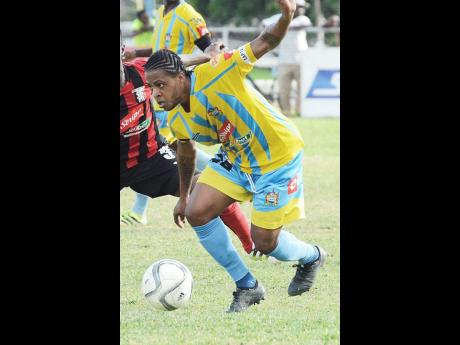 Humble Lion's team manager, Sheldon Holness, believes that the transfer of Romario 'Rom Rom' Campbell from Waterhouse three days ago brings added motivation to their quest for a first hold on the national club title.

Campbell's move was made official just two days ahead of yesterday first transfer deadline for the upcoming Red Stripe Premier League Season, which kicks off on September 3.

"Romario Campbell brings years of experience in the Premier League to the club. We believe in his quality as a goalscoring midfielder. The players are happy that he is here," Holness told The Gleaner on Thursday.

Holness explained that the club intends to offer the 27-year-old Campbell a long-term deal.

"We are prepared to offer players up to a five-year contract. However, we will be discussing this with Campbell as soon as the president (Mike Henry) returns from his overseas trip this weekend," Holness said.

General secretary of Waterhouse Richard 'Spoon' McCallum also confirmed that Campbell is no longer at the Drewsland-based club.

"I received confirmation of his (Campbell's) release from the president (Donovan White) on Wednesday night. Campbell is now at Humble Lion," McCallum said.

Campbell, who is a creative midfielder, said the move is to revitalise his career in order to get a recall to the Reggae Boyz squad.

"The last two seasons, Waterhouse struggled and fought off relegation, so I wanted to move to a club that can win the title," Campbell explained.

"I am happy to be at Humble Lion. They have quality players in the squad and a good coaching staff. The last three seasons, Humble Lion finished in the top four, I think we can reach the final and win the league," he said.