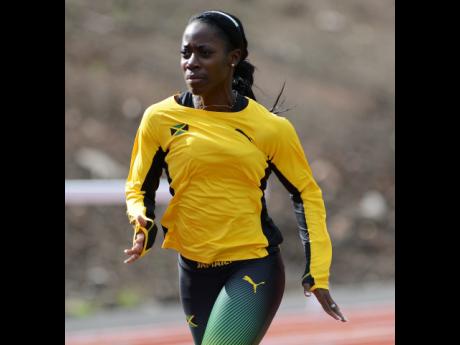 "My race was something else. I see this as a big championship win for me as I have been training very hard all season, and to come here and win the 100m is actually a great moment," she told The Gleaner from the Games Village.

She was quick to heap praise on her management staff for her success.

"I know I have great coaching and masseuse staff, who always believed in me, so I am happy I came and dominated and won. This sport has young athletes who also have talent and can do well," she added.

Forbes stated that it was tough for the sprinters as there was not enough time between the semi-finals and final.

"After my semi-final, we didn't get enough time to recover well as they called us 20 minutes later to the call room, which was very difficult for us, but thank God, I came out and delivered," she said.

Her coach, Maurice Wilson, was very pleased with his charge's success.

"I am extremely happy for Shashalee. The win came at a good time to show Jamaicans that there is no need to panic. Our athletes will always rise to the occasion and we just need to support them. Thanks to the G.C. Foster College fraternity, especially Lamar Richards and Marlon Broadbent, who have assisted her on a personal level," said Wilson.

Jamaica's other competitor in track and field, Dawnalee Loney, failed to advance to the women's 400m final after finishing fourth in her semi-final in 54.99 seconds.