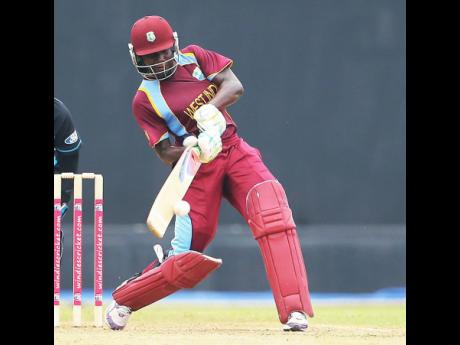 HOVE, England, CMC - Stafanie Taylor made yet another telling contribution as she helped lift Western Storm to their first ever Women's Super League title with a seven-wicket win over Southern Vipers in yesterday's final.

Playing at Sussex County Ground, Storm chased down a challenging target of 146, to win with two overs to spare.

Opener Rachel Priest top-scored with 72 while Taylor and Sophie Luff both ended on 30 not out.

Earlier, Vipers had reached 145 for five off their 20 overs thanks to a joint top score of 31 from teenage West Indies opener, Haley Matthews.

Matthews produced a fluent knock, stroking six fours off 28 balls as she put on a run-a-ball 47 for the first wicket with Bates.

Off-spinner Taylor was the best bowler finishing with three for 28 from her four overs.

In reply, Storm stuck their noses in front as Priest unfurled an attacking innings which included 10 fours and three sixes and came from a mere 33 balls.

She put on 28 for the first wicket with Heather Knight (6) before adding a further 52 for the second wicket with Wilson (8).