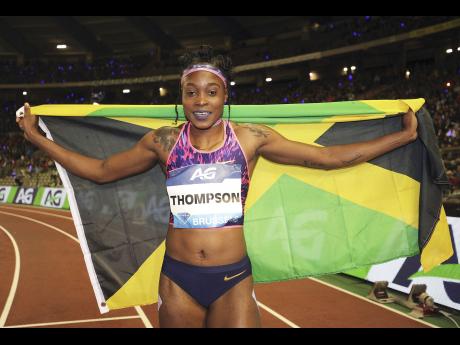 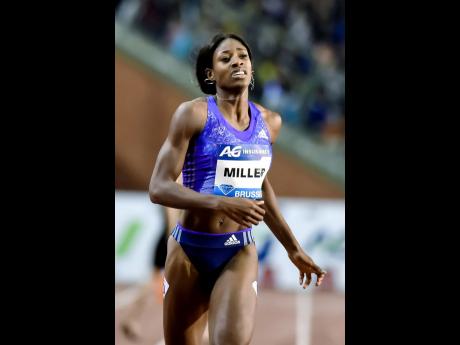 Add to that a hefty US$50,000 cash prize and a second consecutive Diamond Race victory in the event, a bounty that is certainly warranted given the dominance enjoyed by the Jamaican speedster over the last two seasons.

London's World Championships loss was only her first since July 2015 not counting her second-place finish in the heat at the London Diamond League this year, and she could hardly contain her joy in a picture that suggested that she now truly felt redeemed after her fifth-place finish a few weeks ago.

"This past season, I have learnt a lot, I was able to put everything behind me from the World Championships and get the other races out the way, and I have to give God thanks," said Thompson, who was the only Jamaican winner in the cash-rich final last night.

It was a fight to the end for the double- Olympic sprint champion, who had to hold off Ivory Coast's Marie-Josee Ta Lou, who finished second in 10.93, just 100th of a second slower than the Jamaican, with Nigeria's Blessing Okagbare, 11.07 taking third. Jura Levy, 11.17 and Christania Williams, 11.35, ran seventh and eighth respectively.

Fedrick Dacres was having a miserable night in the men's discus final as the cold conditions made it difficult for him to control the implement with fouls on his third, fourth and fifth attempts threatening a disaster for the World Championships fourth placed finisher.

"For the entire competition, I couldn't feel the disc in my hand because it was so dreadfully cold, but I got it on the last throw, I didn't use any chalk, so I felt it a bit more and was able to pull through," Dacres said.

"I am not pleased with it, but I am OK, I should have done better, but I am thankful. I feel good (about the season). I came out second in the Diamond League, fourth at the World Championships," added Dacres, who is planning to compete in more shot put events next season.

His event was not a Diamond Race event, but Yohan Blake provided another Jamaican spark, winning the men's 100m in 10.02 seconds ahead of Mike Rodgers, 10.09, with another Jamaican Julian Forte, 10.12, taking third. Asafa Powell was fourth in 10.18.

It was a largely rough night for the remaining Jamaicans at the event as Janieve Russell, 55.60, ran sixth in the 400m hurdles final, which was won by Dalilah Muhammad in 53.89 ahead of Zuzana Hejnova, 53.93, and Ashley Spencer, 54.92.

The women's 400m final also proved difficult for the Jamaicans, who had no answer to an amazing world leading 49.46 seconds run by Bahamas' Shaunae Miller-Uibo, falling just outside of her 49.44 seconds personal best in the event.

Second place went to Eid Salwa Naser, 49.88 a national record for Bahrain, while Courtney Okolo, 50.91, was third. At the other end of the field, Shericka Jackson, 51.16; Novlene Williams-Mills, 51.27; and Stephenie-Ann McPherson, 51.72 occupied the positions from fifth to seventh.