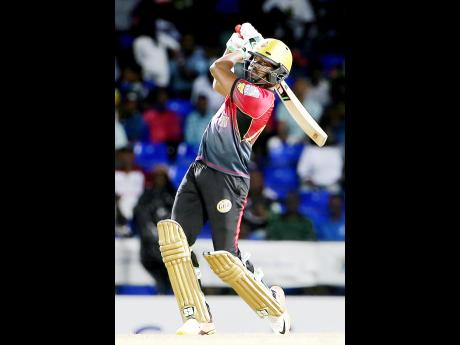 The decision by senior West Indies players Darren Bravo, Sunil Narine, Kieron Pollard, and Andre Russell to declare themselves unavailable for the crucial qualifying tournament for the 2019 ICC World Cup coming up in March, once again highlights the single most fundamental factor that continues to cripple West Indies cricket.

The fact that the region's top stars are no longer committed to the West Indies cause is just the harsh and bitter reality of our time, that Cricket West Indies Board President Dave Cameron cannot remedy with the waving of a magic wand. The fashionable, now cliched blaming of the administration and its president for the demise of the regional team has become nauseating and sterile.

What exactly can the board president do if the senior core of players, for reasons beyond his control, are no longer desirous of representing the Windies? Absolutely nothing!

Cameron, love him or hate him, did not invent Twenty20 (T20) cricket, and he most certainly did not orchestrate its revolutionary effect on the modern game. Cameron did not plot and implement the worldwide decline in the interest in Test match cricket, and the converse rise in the popularity, impact and appeal of T20 cricket.

A lot of the commentary and analyses relating to the fortunes of the game in the region are rife with nostalgia, emotionalism and narrow self-interest. There is an underlying denial of the glaring reality of what is actually happening to our beloved Windies.

The undeniable fact of the matter is that the game of cricket has evolved, and continues to evolve at a rapid rate, which is rendering traditional Test cricket irrelevant and unappealing. The uniqueness of the Caribbean circumstances has struck down Test cricket in the West Indies at an even more rapid rate than in the rest of the world.

Our top players are now T20 superstars, and not Test cricket stars. Our top stars make millions of American dollars playing franchise T20 cricket all over the world and thus have no need, and absolutely no obligation, to represent the West Indies. Those are just the facts as they exist today.

The players who currently represent the region in Test cricket are the second tier in terms of talent and status in the world game. They are, by and large, the ones who are yet to, or cannot, break into the lucrative T20 market.

It is a matter of simple economics. It is unreasonable, foolhardy and indeed hypocritical to expect the typical Caribbean youngster, who came from humble beginnings, to give up earning upwards of US$200,000 (J$25 million) for playing a series of seven or eight three-hour-long T20 games, and chose instead to play a series of three Test matches, each lasting five gruelling, seven-hour days to earn US$20,000 or more.

That is a simple and predictable choice to make in the life of any sportsman with a limited and uncertain time span on his career. The blame therefore cannot be heaped on the players for making the understandable choice that all of us would probably make. Equally, Cricket West Indies and its president cannot be blamed for this worldwide phenomenon.

We need to revamp our thinking, return from our trip down memory lane, and face up to the reality of what is happening to West Indies cricket. It is what it is. The evolution process is well advanced and is out of our control as market forces lead the way. The International Cricket Council will sooner or later get exhausted and overwhelmed by the sheer power of the T20 surge, even as it tries to keep its fingers plugged in the cracks of the bursting dam.

Similarly, West Indians dreaming of the past, and of turning that endless corner, will not get our cricket back to where it was - neither will blaming the board and Cameron.